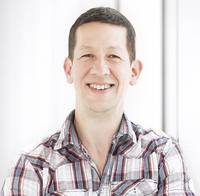 Several research institutions in Berlin have jointly succeeded in attracting the angiogenesis specialist Dr. Holger Gerhardt to the capital city. Since the beginning of September he is research group leader at the Max Delbrück Center for Molecular Medicine (MDC) and at the Berlin Institute of Health (BIH) and concurrently W3 Professor of Experimental Cardiovascular Research at Charité – Universitätsmedizin Berlin. Furthermore, he is integrated into the German Centre for Cardiovascular Research (DZHK), a nation-wide research association. His most recent position was at the London Research Institute in England and concurrently at the Vesalius Research Center of the Flanders Institute of Biotechnology (VIB), located at the Catholic University of Leuven in Belgium.

Professor Gerhardt investigates the formation of blood vessels (angiogenesis) in organism and disease development and is seeking ways to stop pathological vessel growth. One of its triggers is the vascular endothelial growth factor (VEGF). For many years it has been known that tumors ensure their supply of oxygen and nutrients by secreting VEGF into nearby tissue. VEGF docks onto the receptors of blood vessels, inducing new blood vessels to grow towards the tumor. “Without a blood supply, a tumor can only grow to the size of a grain of salt,” Professor Gerhardt said, explaining the significance of this process.

How blood vessels grow towards tumors

More than ten years ago Professor Gerhardt discovered how blood vessels grow towards the cells that secrete the growth factor. Once the factor docks to the receptor on the surface, a cell sprouts from this blood vessel, positioning itself at the tip of the new blood vessel that is to be formed. This tip cell attracts additional cells (stalk cells) from the original blood vessel. “In our research we discovered that the individual cells that form new vascular sprouts are constantly moving and changing places. There is even direct competition between the cells. Each cell apparently tries to take the lead position just like cyclists participating in the Belgian Omloop race,” said Professor Gerhardt explaining this process. Working together in this way, the cells build up the new blood vessel piece by piece, which then connects with other blood vessels to form an entire vascular network.

In 2011 Professor Gerhardt received the Judah Folkman Award of the North American Vascular Biology Organization (NAVBO) for the discovery of these fundamental principles of blood vessel sprouting. The award is named after the Harvard professor Judah Folkman, who was the first researcher to discover that tumors themselves ensure their oxygen and nutrient supply by signaling blood vessels to grow towards and into them.

In Berlin Professor Gerhardt intends to continue his research and to collaborate in particular with clinical cooperation groups. The objective is to better understand angiogenesis in diseases, especially in tumors, and on this basis to develop new concepts for therapy.

Besides the Judah Folkman Award, Holger Gerhardt has also received further awards, including the Dissertation Award of the Reinhold and Maria Teufel Foundation, Tuttlingen (2001), the EMBO Young Investigator Award (2007), the Lister Research Prize, England (2008), the Walther Flemming Medal of the German Society for Cell Biology (2009) and the Hooke Medal of the British Society for Cell Biology (2012).