Donor hearts can be transported longer 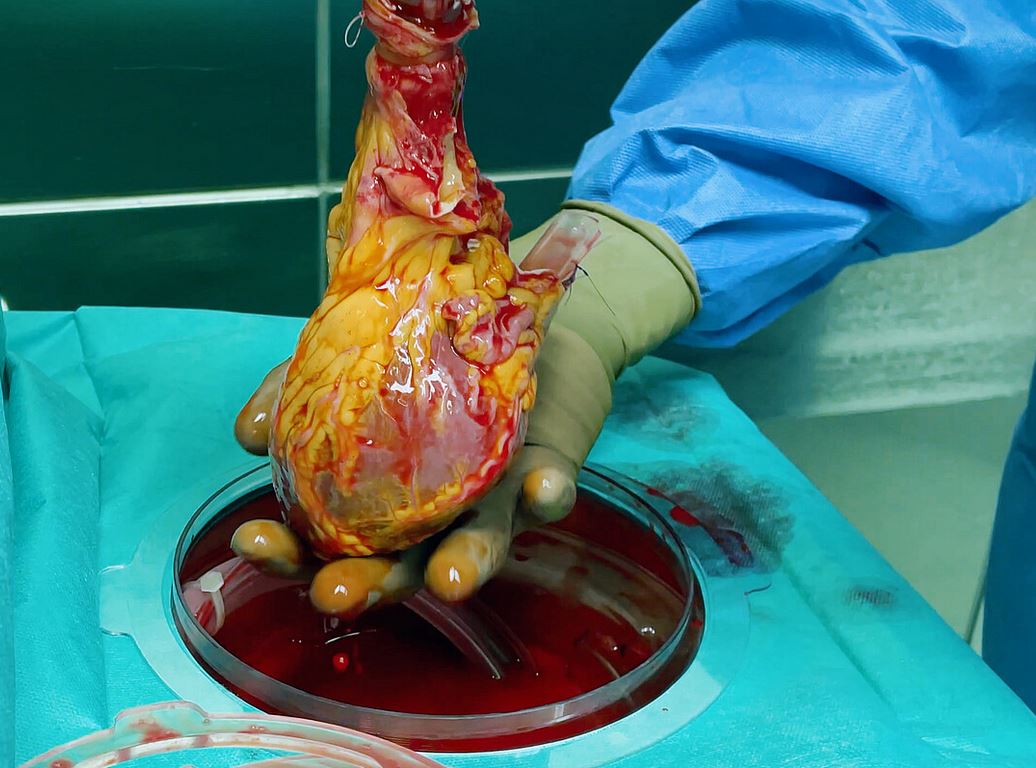 The German Heart Center Berlin (DHZB), a partner institution of the DZHK, is the first clinic in Germany to use a new type of system for the preservation of donor hearts. This allows the hearts to be transported over a longer period of time.

The organ is supplied with a unique nutrient and preservation fluid via a pump during transport. The new technology should enable an even better function of the donor organs and allow significantly longer transports. After outstanding results in animal experiments, it is now being used in human hearts as part of a study. Confirmation of the efficiency of this system would have significant consequences for transplant medicine.

So far, donor hearts have mostly been rinsed with a preservative solution at around four degrees Celsius and transported in cool boxes. In this way, tissue damage can initially be largely reliably avoided. Nevertheless, the ischemia time for donor hearts should not exceed four hours if possible. The options for selecting a suitable organ for people on the waiting list are accordingly limited.

Artificial lung in the box

A new system has now been developed in Sweden, which could essentially remove this restriction. It consists of a new device for transport and a special solution for preserving the organ. The system is now being used in an international study at the DHZB, the first hospital in Germany to do so.

The device, known as the "XVIVO Heart Box", weighs around 25 kilograms and is slightly larger than a moving box. It essentially contains a cooling system, a circulatory pump and an oxygenator, in other words, an artificial lung.

Before transport, the device is filled with a newly developed nutritional and preservational solution. This protein serves as a “transporter” for hormones and a regulator for osmotic pressure in human blood. It consists, among other things, of red blood cells, various hormones, proteins and human albumin.

After removing the donor's body, the heart is first connected to the circulatory pump in the "Heart Box" and then stored floating in the nutrient and preservation solution.

The heart is continuously flushed with the solution via the "Heart Box" pump during transport. The heart muscle cells are continuously supplied with fresh oxygen with the help of the oxygenator in the "Heart Box". The temperature is a constant 8 degrees Celsius to protect the organ further.

The "Heart Box" has already impressively demonstrated its functionality in animal experiments, says heart surgeon Dr. med. Felix Hennig, who coordinates the study at the DHZB: "Outside of the body, pig hearts damage even faster than human hearts, but even after 24 hours of use, no impairment of functionality was noticeable.”

From the doctors' point of view, the premiere was a complete success. The heart showed excellent functionality after it was transplanted into a 65-year-old Berliner. The patient is recovering well.

In addition to the DHZB, eight other centers are currently participating in the study. It is designed and randomized for more than 200 cases, so the "Heart Box" is used according to randomisation.

The developers and first users hope that the study will scientifically confirm several key advantages of the system:

The number of eligible donor hearts could increase

"The possibility of significantly longer transport times without damaging the donor organ could significantly increase the number of possible donor organs for our patients on the waiting list," says cardiac surgeon DZHK-Prof. Dr. med. Christoph Knosalla, surgical director of the transplant program at the DHZB; "In addition, we could accept organs that we have to reject today because they would not survive short transports without oxygen supply due to various factors."

Doctors also expect better protection of the donor heart if the removal of the diseased organ from the recipient is particularly time-consuming, for example after mechanical circulatory support or other previous operations, says Prof. Christoph Knosalla. His conclusion: "We are very confident that the results of the study will confirm our assessment that transplant medicine is about to make great progress here."