First Clinical Trials at the German Centre for Cardiovascular Research 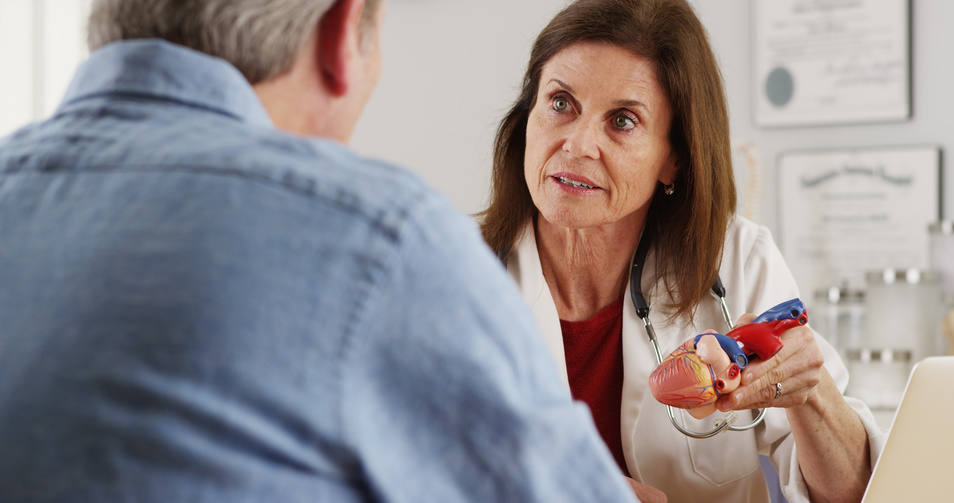 When should patients with heart failure receive a cardiac support system? Can a drug against hepatitis B also help patients with inflammatory heart disease? Starting in 2013, scientists of the German Centre for Cardiovascular Research (DZHK) want to conduct clinical trials to answer such questions. The research structure of the DZHK enables the scientists to cooperate across the boundaries of individual research and treatment centres. The DZHK has allocated four million euros for this purpose.

Although cardiovascular diseases are the most common and widespread cause of death in Germany, hospitals specialised in these diseases often lack a sufficient number of patients with a specific, particular disease. “In order to obtain statistically reliable results in clinical trials, relatively large numbers of patients are needed,” said Professor Thomas Eschenhagen, Chairman of the Board of Directors of the DZHK.

One focus of the research programme of the DZHK is therefore on multi-centre studies. Responding to a first internal call for proposals, DZHK partner institutions submitted nine project proposals for clinical trials and registries to be appraised by independent, internationally renowned experts; four of these have been evaluated as particularly worthy of funding. The DZHK is providing approximately four million euros in funding for these projects from its research budget for the period up to 2015.

Due to a shortage of available organs, patients with severe cardiac insufficiency wait an average of 17 months for a new heart. Approximately 19 per cent die during this period. If their condition becomes life-threatening, doctors implant artificial heart pumps, so-called ventricular assist devices as a last resort. To spare the weakened patients from having to undergo this surgery if at all possible, until now doctors have elected to implant this device at a relatively late stage.

In the meantime, however, support systems and the concomitant drug treatment have developed significantly. Doctors now assume that that the early use of ventricular assist devices can improve the quality of life and the physical capacity of patients waiting for a donor heart. Moreover, the mortality of those on the waiting list could be reduced, and due to the early support some patients’ hearts could recover sufficiently so that heart transplantation could be avoided.

All of this, however, has never been systematically investigated. This study shall therefore show the best point in time for using a ventricular assist device and which patients benefit from it most. Approximately 500 patients shall be included in the study, about 170 patients annually. This corresponds to half of the hearts transplanted in Germany every year. In addition to the DZHK partners, a large number of other heart transplantation centres throughout Germany are involved.

Tracing the causes of cardiomyopathies

Using a clinical registry, DZHK researchers led by Prof. Hugo Katus of the University Hospital Heidelberg want to collect data on approximately 3000 patients with cardiomyopathy whose disease is not due to heart attack, i.e. vasoconstriction. Rather, patients shall be included whose myocardium has been damaged for other reasons, e.g. as a result of genetic predisposition or inflammatory processes.

“There are many different causes and clinical manifestations of cardiomyopathies, about which we still know far too little,” Katus said. Therefore, the researchers want to thoroughly examine the patients in the clinic and also want to perform a biopsy to extract myocardial tissue. To achieve this, they are cooperating closely with the partners of the DZHK.

By analysing patient data and the biological material of many patients and over a long period, the researchers hope to find new clues for the various causes of disease in this registry, which is unique in the world. This can result in an earlier and more accurate diagnosis and improved treatment of cardiomyopathies.

Hepatitis drug against a heart virus

Patients in the above-mentioned registry who have been diagnosed with an inflammatory cardiomyopathy due to parvovirus shall be included in another DZHK trial. DZHK scientists led by Prof. Carsten Tschöpe of the Charité in Berlin noticed that the condition of patients with such an inflammatory cardiomyopathy improved when they were administered telvibudine, a drug approved for the treatment of hepatitis B.

By means of the study, the researchers therefore want to find out whether the drug is generally suited to treat inflammatory cardiomyopathy. Approximately 100 patients shall be enrolled in the study at several DZHK sites.

Another registry, TransitionCHF-DZHK2, under the direction of DZHK-scientist Prof. Gerd Hasenfuss (Heart Center Göttingen) seeks to find out whether it can be predicted when asymptomatic heart dysfunction deteriorates into manifest failure. Many patients are diagnosed with heart dysfunction during routine examinations without having typical symptoms such as increased lack of energy or shortness of breath.

The causes of this “hidden heart failure” can be high blood pressure, heart attack or cardiomyopathy. Approximately 1500 of such patients shall be examined in TransitionCHF-DZHK2 at DZHK-sites and additional clinics and shall be monitored for years. “Little is known about the transition from being symptom free to having initial symptoms of heart failure,” Hasenfuss said. “We want to find out when and why the condition of the patients deteriorates.”

The researchers want to link markers in the blood, findings from imaging and genetic profiles to the health status and clinical symptoms of the patients. The resulting patterns and principles can help in the future to detect the deterioration of heart failure in time and to take therapeutic countermeasures. This is particularly important because heart failure usually progresses in waves, and as yet doctors have not been able to prevent deterioration.