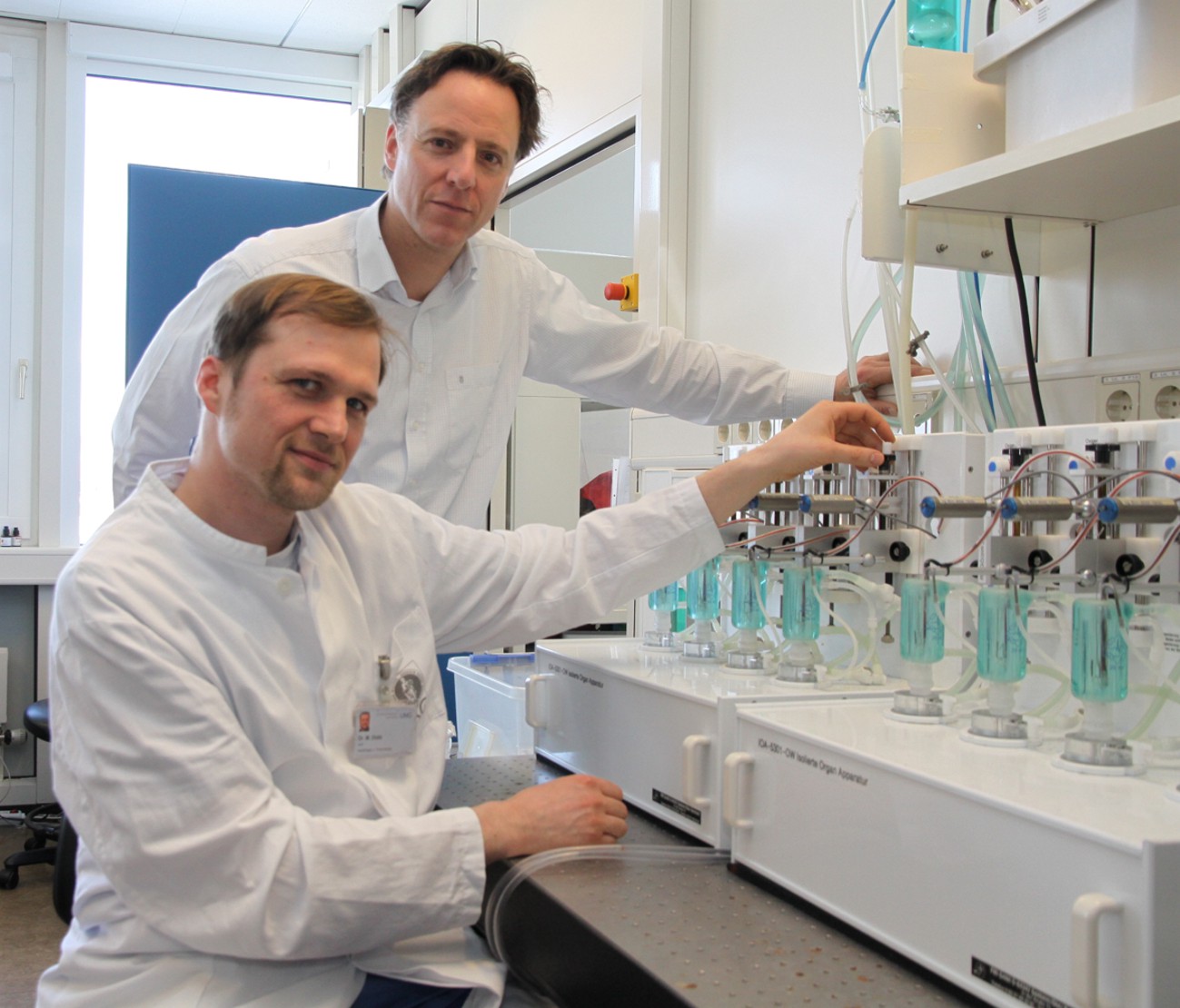 The use of stem cells is indispensable for the clinical introduction of artificial cardiac tissue. The quest for Jack-of-all-trades cells is on. In Germany, researchers are looking particularly intensively into the potential of non-embryonic stem cells. Until recently, non-embryonic stem cells, which can be generated by unisexual reproduction or “virgin birth” (parthenogenesis) from unfertilized oocytes received little attention. These cells are called parthenogenetic stem cells (PS cells).

“We have shown for the first time that unfertilized oocytes are a promising starting material for the tissue engineering-based treatment of post-infarct heart failure” says Prof. Dr. Wolfram-Hubertus Zimmermann, senior author of the study: “What is important is that the method requires no embryos or genetic manipulations.”

RESULTS IN DETAIL: WHAT CAN PARTHENOGENETIC STEM CELLS DO?
In their work, the researchers scrutinized and documented the qualities and potentials of PS cells and produced the following results: PS cells share similar biologic properties with embryonic stem cells. PS cells are capable of generating functional heart muscle cells in the laboratory as well as in the body of mice. Moreover, PS cells can be used to produce engineered heart muscle in the laboratory. PS cells are immunologically simpler that other stem cells, which is very important for the broad application of engineered heart muscle for cardiac repair.

IMMUNOLOGICAL ADVANTAGE: FEWER REJECTIONS
„Our investigations have shown: Artificial heart tissue from parthenogenetic stem cells causes no or easier-to-control rejection reactions even after implantation into genetically unrelated recipients. “This is a clear advantage over other stem cells”, says Dr. Michael Didié, first author of the publication and member of the Depart-ment of Pharmacology and the Department of Cardiology and Pneumology at UMG. This effect is due to the fact that the genetic material in uniparental parthe-notes is less variable than in opposite-sex embryos.

TRANSFERABLE TO HUMANS?
Subsequent investigations alone can show if the new concept, now shown for the first time in mice, is transferable to humans. The team around Prof. Zimmermann wants to test the therapeutic potential of parthenogenesis for patients. To do so, unfertilized human oocytes are needed. In Germany alone, 60,000 unfertilized oocytes are discarded annually, because they are unsuitable for in vitro fertilization procedures, according to statistics from the German Society for Reproductive Medicine. Thus, no additional oocyte donations are required for Prof. Zimmer-mann’s planned work, as merely the existing oocytes that are no longer needed can be used.

Prof. Zimmermann envisions biobanks containing stem cell lines for therapeutic use. Model calculations permit the conclusion that 80 to 100 different PS cells would be sufficient to achieve tissue repair without the need for additional immune suppression in a population of an estimated 100 million.

UNISEXUAL REPRODUCTION (PARTHENOGENESIS)
Natural parthenogenesis is a form of unisexual reproduction that can be found occasionally in the animal world. Viable offspring develop from unfertilized oocytes. Mammals, including humans, have lost the capacity of parthenogenesis. However, using a pharmacologic trick, mammalian oocytes, too, can be activated partheno-genetically in the laboratory. To do so, unfertilized oocytes are stimulated with an electrical or chemical stimulus alone to divide. An embryo cannot develop. The developing parthenotes can be used to obtain pluripotent stem cells.

The Heart Research Center Göttingen (HRCG) was founded in 2010 from within the research focus “Heart Failure and Regeneration” at the University Medical Center Göttingen. Basic and clinical researchers are equally represented at the HRCG, which combines the collaborative efforts of the Heart Center Göttingen at the UMG, the Max Planck Institute (MPI) for Experimental Medicine, the MPI for Biophysical Chemistry, the MPI for Dynamics and Self-Organization and the German Primate Center (DPZ). The close collaboration between clinicians and basic researchers offers the unique opportunity to translate basic research results promptly into clinical practice. This objective is pursued by researchers of the HRCG as well as by partners at the German Centre for Cardiovascular Research (Deutsches Zentrum für Herzkreislaufforschung, DZHK).