How drugs affect the gut microbiome 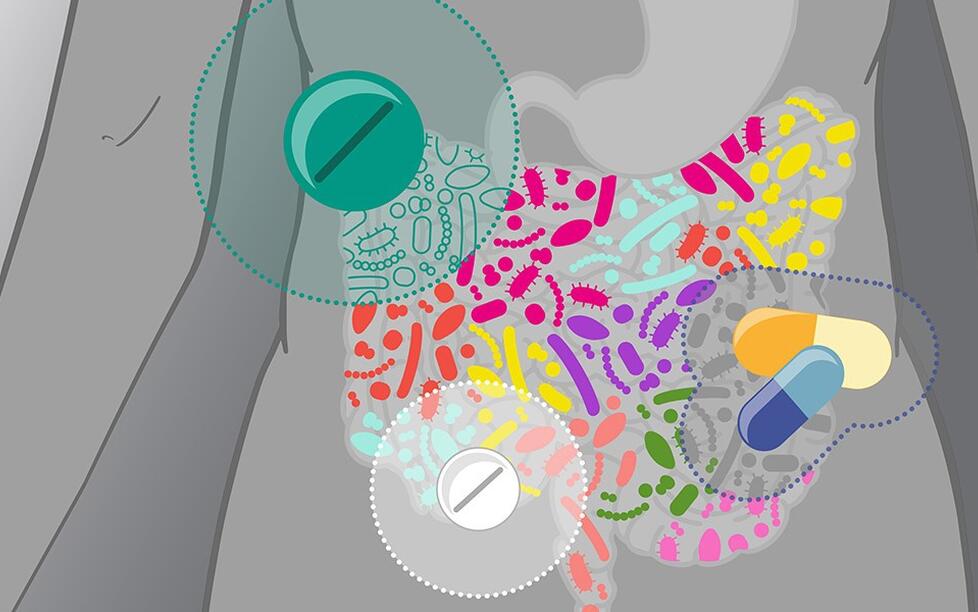 If the “ecosystem” of the intestinal bacteria, the so-called microbiome, is changed by drugs, this can have good and bad consequences. Researchers from several European countries want to find out how certain cardiovascular diseases and the microbiome influence each other - and what role the prescribed drugs play in this.

Diet, smoking or illness change the microbiome of the intestine. Medicines - whether antibiotics or non-antibiotics - have a similarly strong influence on the molecular characteristics of the microbiome. DZHK scientist Dr. Sofia Forslund from the Max Delbrück Center for Molecular Medicine in the Helmholtz Association (MDC) determined this together with an international team of scientists. The Swede is doing research in Berlin on the question of how the microbiome and cardiovascular diseases influence each other.

In a new study, the bioinformatician and other scientists analyzed the data from over 2,000 patients with a cardiometabolic disease. Cardiometabolic diseases include, for example, coronary heart disease and type 2 diabetes. In order to be able to consider the effects of drugs and diseases separately from one another, the researchers sometimes use newly developed statistical methods.

The new study builds on a discovery that Sofia Forslund had already made a few years earlier and that surprised experts at the time: the frequently prescribed diabetes drug metformin changes the germs living in the intestine more than the disease itself.

The effects of drugs on the microbiome can have good or bad consequences: in the case of antibiotics, the study confirmed that they destroy the diversity of the intestinal flora, especially if they are taken repeatedly. The destruction of intestinal germs in turn promotes the development of cardiometabolic diseases and has a negative effect on their course. This also applies to other chronic diseases. In addition, the loss of intestinal germs weakens an effective treatment.

But drugs can also have a positive effect on the microbiome: "We have found that drugs taken at the same time can mutually reinforce their effects on the microbiome," says Forslund. Some medicines have a very positive effect. For example, the scientists were able to show that the simultaneous administration of beta blockers and diuretics, both of which are used against high blood pressure, is associated with an increasing number of bacteria of the genus Roseburia in the intestine. These germs have an anti-inflammatory effect in the body. “Such unexpected effects of drugs could be used medically in the future,” says Sofia Forslund.

“You also have to be careful when designing biomarker studies. If a certain biological characteristic that is supposed to be suitable for the diagnosis or prognosis of a disease does not exist because of the disease but only because of the treatment, it may not be a good biomarker. ”Here one has to distinguish well between the individual effects. Further computer-aided analyzes are required for this. "We are constantly developing the relevant software at the MDC," says the bioinformatician.

In order to check the influence of drugs on the microbiome and to clearly differentiate between causal and random connections, follow-up studies are necessary, according to Forslund.

Source: Press Release of the MDC

Those who need to change their eating habits to normalise their blood pressure should start with a fast. A research group led by DZHK scientists Dr Sofia Forslund and Prof. Dominik N. Müller has investigated why patients can use it as a tool to improve their health in the long...