How video and questionnaires can help to better assess movement 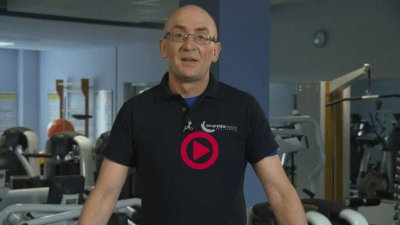 Light, moderate or intense? It's not that easy to judge how hard you are working. For many people, it is especially difficult to distinguish between 'light' and 'moderate' activity. A video produced by scientists at the German Centre for Cardiovascular Research (DZHK) at the University of Greifswald has been designed to help in judging different movement intensities.

How intensely did a person move?

In scientific studies that investigate how exercise affects health, this information is very important - and it has to be accurate. Patients involved in a study usually fill out a questionnaire. This is simple, but prone to errors because many people cannot exactly say whether they have exerted themselves lightly or moderately, for example when cleaning windows. DZHK Professor Sabina Ulbricht from the Institute for Social Medicine and Prevention of University Medicine in Greifswald also observed this in her daily work: "The answers from the questionnaires, especially on moderate intensity activities, often do not correspond with the results from accelerometers worn directly on the body.

PhD student Lisa Voigt from the University of Greifswald has therefore co-developed a video that should help to better assess one's own physical activity. Patients watch the three-minute video before filling out a questionnaire. It shows a middle-aged man training on a treadmill. He runs at different speeds and thus clarifies what light, moderate, and intense activity is. In addition, moderate intensity activities are explained: "I breathe a little more than normal, [...] I can still speak  almost normally." Voigt explains: "The video is embedded in the questionnaire in such a way that it cannot be ended before completion - that was very important to us."

In order to evaluate how well the video works the test subjects wear an accelerometer on their bodies for a week and then fill out a questionnaire. A preliminary analysis of 130 people revealed that those who have seen the video rate their physical activity much more accurately. "This shows us that we are heading in the right direction and that it is worth continuing the program," says Ulbricht. To make the study more robust, the researchers from Greifswald will evaluate data from a total of 350 people. If the effect of the video is confirmed, it can be used in scientific studies on the subject of exercise and health. The video could also be used in clinical practice and in doctors' offices.

The publication on this work was published in the Journal of Visualized Experiments and can also be viewed as a video (available in German only).