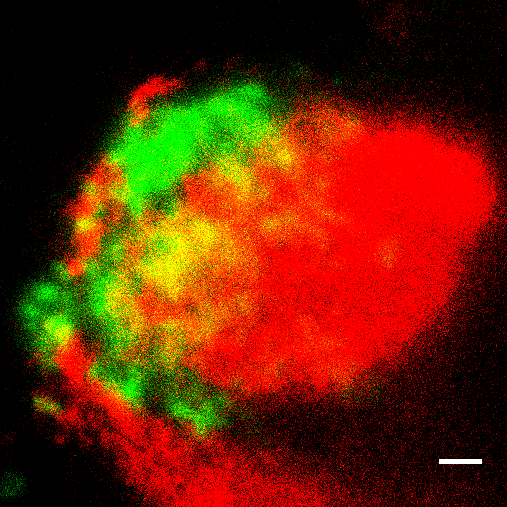 A new study by DZHK researchers from LMU Munich shows that the protein ApoE plays a key role in the pathogenesis of diseases associated with chronic inflammation, and identifies a new target for therapeutic strategies against atherosclerosis and Alzheimer’s disease.

Apolipoprotein E (ApoE for short) is a protein with multiple functions: Although originally identified as a transport molecule involved in fat metabolism, various additional properties have meanwhile been described: It has been implicated in the development of atherosclerosis, Alzheimer’s disease, AIDS and multiple other pathological conditions in which persistent inflammation is a common feature. However, despite major international research efforts for decades, a shared mechanism of action for its functional role has not been identified. Now researchers led by Dr. Changjung Yin, Professor Andreas Habenicht and Professor Christian Weber at the Institute for Cardiovascular Prevention (IPEK) and LMU Medical Center, in cooperation with the Leibniz Institute for Natural Products and Infection Biology in Jena and other partners, have demonstrated that ApoE is a key checkpoint regulator of a central signaling cascade that directly interferes in inflammation. Moreover, they showed that a drug which interferes with this cascade is capable of dampening diseases as diverse as atherosclerosis and Alzheimer-associated inflammation. These findings, which appear in the journal Nature Medicine, pinpoint a novel and promising target for the development of therapies to combat diseases associated with chronic inflammation.

Three major genetic variants of ApoE are found in human populations, which have quite distinct modes of action. In the early 1990s, it became apparent that carriers of the variant ApoE4 have a higher risk of developing a specific form of Alzheimer’s disease. “Many researchers who study Alzheimer’s disease therefore regard ApoE as deleterious. But in the context of cardiovascular disease, ApoE clearly has a positive, protective function, as mice that are unable to synthesize the protein (owing to specific knockout of  the corresponding gene) have chronically increased levels of lipids in the blood and develop severe atherosclerosis,” Yin explains. It is also known that Alzheimer’s disease is linked to chronic inflammation in the brain. To characterize ApoE’s function in greater detail, Yin and his colleagues therefore looked at the impact of the loss of ApoE in the brain. Using mice in which the gene for ApoE was knocked out, they observed a build-up of pathological fat-rich deposits in the choroid plexus. The choroid plexus is a network of arteries in the ventricles of the brain, which among other things serves as the blood-brain barrier and serves as a gateway to allow inflammatory cells to enter the brain. It also regulates the exchange of molecules between the bloodstream and the brain, and therefore serves as an important interface between the immune system and the brain. “The accumulation of these lipid-rich deposits in the choroid plexus is a novel pathology, which has not been reported previously,” says Yin. – And this was not the only surprise. For when Yin’s team examined the brains of patients burdened with Alzheimer dementia, they found exactly the same clinical picture.

The researchers went on to show that these deposits trigger inflammatory reactions by activating the complement system, a complex multiprotein signaling pathway which is part of the innate immune system. All the major ApoE variants found in humans were shown to reduce complement activation by binding to one particular component of the pathway, called C1q (see picture). These results demonstrate that ApoE is a central checkpoint regulator of this signaling cascade, as C1q is normally responsible for initiating what is known as the classical activation pathway for the complement system. “We were also able to detect the complex formed by C1q and ApoE not only in the choroid plexus and in the typical Alzheimer plaques, but also in atherosclerotic arteries. In fact, the extent of the complexes detected was correlated with the severity of dementia in Alzheimer’s patients and with the degree of atherosclerosis in the arteries leading to brain and in the major artery of the body, i.e. the aorta,” Yin says.

In addition to the classical mode, there are two alternative ways of activating the complement system, neither of which requires C1q. In their search for agents that could be used to inhibit the inflammation associated with atherosclerosis and Alzheimer’s disease, the researchers therefore chose as their target a protein that is a vital component of all three pathways.  “We used a small interfering RNA, referred to as siRNA, to specifically inhibit the production of this factor,” says Yin, “and in this way, we were indeed able to significantly reduce levels of atherosclerosis and brain inflammation in mice. Thus, we have possibly uncovered a hitherto elusive common mechanism of ApoE in different inflammatory diseases, which have so far been extremely difficult to treat.”

These studies were supported and will be continued by the DFG Sonderforschungsbereich 1123 and the Excellence Cluster SyNergy.