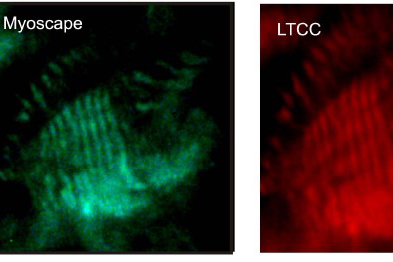 A weak heart is unable to pump an adequate amount of blood around the body. In Germany, this condition is now the commonest reason for patients to be admitted to hospital. A research group from the Clinic for Internal Medicine III in the Faculty of Medicine at Kiel’s Christian Albrecht University (CAU) and Schleswig-Holstein University Hospital (Kiel Campus) has discovered a previously unknown heart muscle protein and also described a new mechanism by which heart failure can develop. The study was conducted and funded as a project by the German Centre for Cardiovascular Disease (DZHK).

Cardiovascular disease is one of the commonest causes of death in the Western world. It is triggered by a number of factors: circulatory disorders, inflammation or inherited conditions can all act to weaken the pumping action of the heart muscle. At the molecular level, one thing is common to all forms of heart failure: a disruption to the calcium metabolism of heart muscle cells. And this is the exact interaction site for the “Myoscape” protein newly discovered by Kiel cardiologists Dr Matthias Eden and Professor Norbert Frey.

In further experiments, the researchers were ultimately able to elucidate the exact mechanism by which Myoscape influences calcium metabolism and the pumping ability of the heart muscle cell. “To function properly, the calcium channel needs to be located at the right position in the heart muscle cell,” Eden explains. This is because the binding of Myoscape and another protein called actinin 2 stabilises the calcium channel in the heart muscle cell at the correct position in the cell membrane. In the absence of Myoscape, the calcium channel is removed from the cell membrane and heart failure then develops. “Since patients with severe heart failure also exhibit reduced levels of Myoscape protein in the heart, we believe that we have here discovered a critical new mechanism for the genesis of heart failure,” says Frey. In the future, this could lead to the development of innovative forms of treatment.