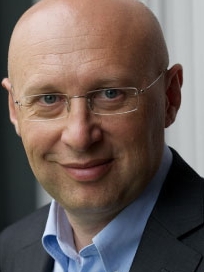 Stefan Hell of the Max Planck Institute for Biophysical Chemistry in Göttingen has been awarded the Nobel Prize in Chemistry 2014 for the invention of ultra-high resolution fluorescence microscopy. His method allows researchers to look into the molecular interior of cells and to identify structures smaller than the wavelength of visible light. Researchers at the German Centre for Cardiovascular Research (DZHK) also take such a look into heart cells. Therefore, Hell is one of 130 Principal Investigators of the DZHK, developing diagnostic strategies for myocardial diseases at the nanoscopic scale.

Thomas Eschenhagen, speaker of the DZHK board of directors, is glad that such an excellent basic researcher like Hell belongs to the DZHK. “The board congratulates Stefan Hell. We are very happy for him and proud to have him as a member of the DZHK.” The collaboration with Hell exemplifies how important excellent basic research is for the process of translating research results into clinical practice.

For cardiology, Hells Stimulated Emission Depletion Microscopy (STED) is of particular significance: Heart muscle cells have unusual highly organized structures. Their intracellular microstructures are viewed as a key to the understanding of diseases such as heart failure and arrhythmia. Stefan Hell together with other DZHK-researchers have been able to show through STED that in living cardiac cells, structural changes of cell membrane organelles can be noticed early after a heart attack.

Based on the STED-technology, the scientists now want to analyze further intracellular structures and clarify their role in the development and progression of heart muscle diseases. Together they want to further develop Hell’s technology for fundamentally new applications in the diagnosis of heart diseases and based on this, establish new therapies.