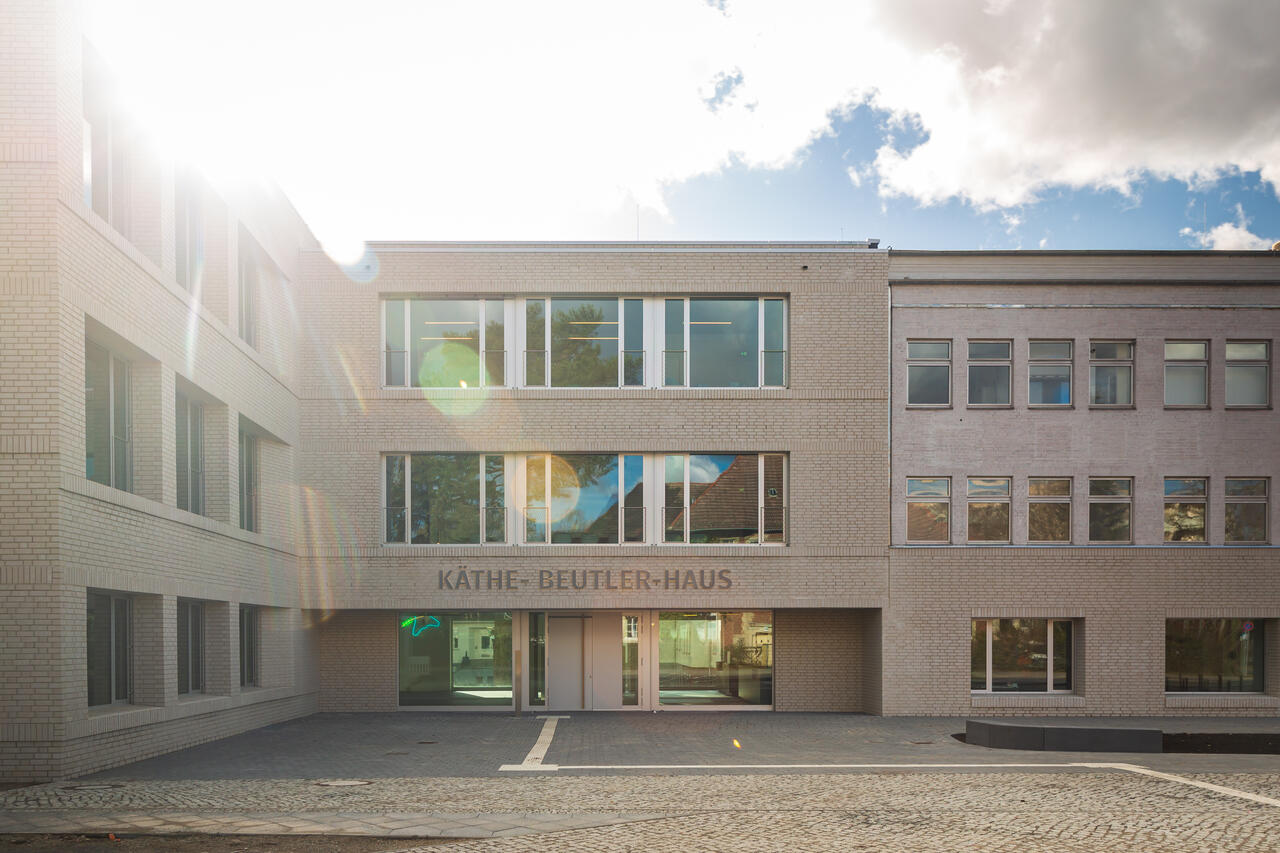 View of the headquarters and main entrance of the Käthe-Beutler-Haus from Lindenberger Weg. | © Felix Petermann, MDC

In the newly inaugurated Käthe-Beutler-Haus, research teams in vascular biomedicine from the Berlin Institute of Health (BIH) at Charité and the Max Delbrück Center for Molecular Medicine in the Helmholtz Association (MDC) will work under one roof in the future. The MDC is a member of the DZHK and belongs to the DZHK site Berlin.

The new center for blood vessel research in the north of Berlin offers 3,000 square meters for about 200 scientists. For this purpose, parts of a former clinic were converted and supplemented by a new building. The federal government contributed 26.2 million euros to the construction costs of around 29 million euros. In her welcoming address, Federal Research Minister Anja Karliczek said that the new building would further connect research in Berlin, both in terms of space and content.

The building will provide researchers with laboratories, offices, rooms for the latest omics technologies for gene sequencing, protein, and metabolic analysis, single-cell analysis, and entirely new microscopy techniques. It is designed to bridge a gap between research and medical patient care in the clinic. To this end, there is an open passage to the Experimental and Clinical Research Center (ECRC) of MDC and Charité. In this way, the research groups in vascular medicine can maintain a lively exchange with the university outpatient clinic in cardiology, neurology, oncology, and immunology. This should also benefit the patients who are treated there.

Two Principal Investigators of the DZHK will also research the biology of blood vessels at the Käthe-Beutler-Haus: Professor Holger Gerhardt is a specialist in angiogenesis, i.e., the formation of new blood vessels from existing blood vessels. He is the spokesman of the BIH & MDC Center for Vascular Biomedicine and DZHK Professor for Experimental Cardiovascular Research at the MDC. Cardiologist Professor Michael Potente was appointed to the BIH in 2020 and primarily researches the influence of metabolism on blood vessels.

The building commemorates the Jewish physician and scientist Käthe Beutler, who was forced to immigrate to the USA under the Nazis in 1935. Her son Frederick Beutler and grandson Bruce Beutler came to the dedication. Both are also scientists. Bruce Beutler received the Nobel Prize in Medicine in 2011 for his work in innate immunity.