Own and yet foreign: why the immune system fights the patient's own stem cells 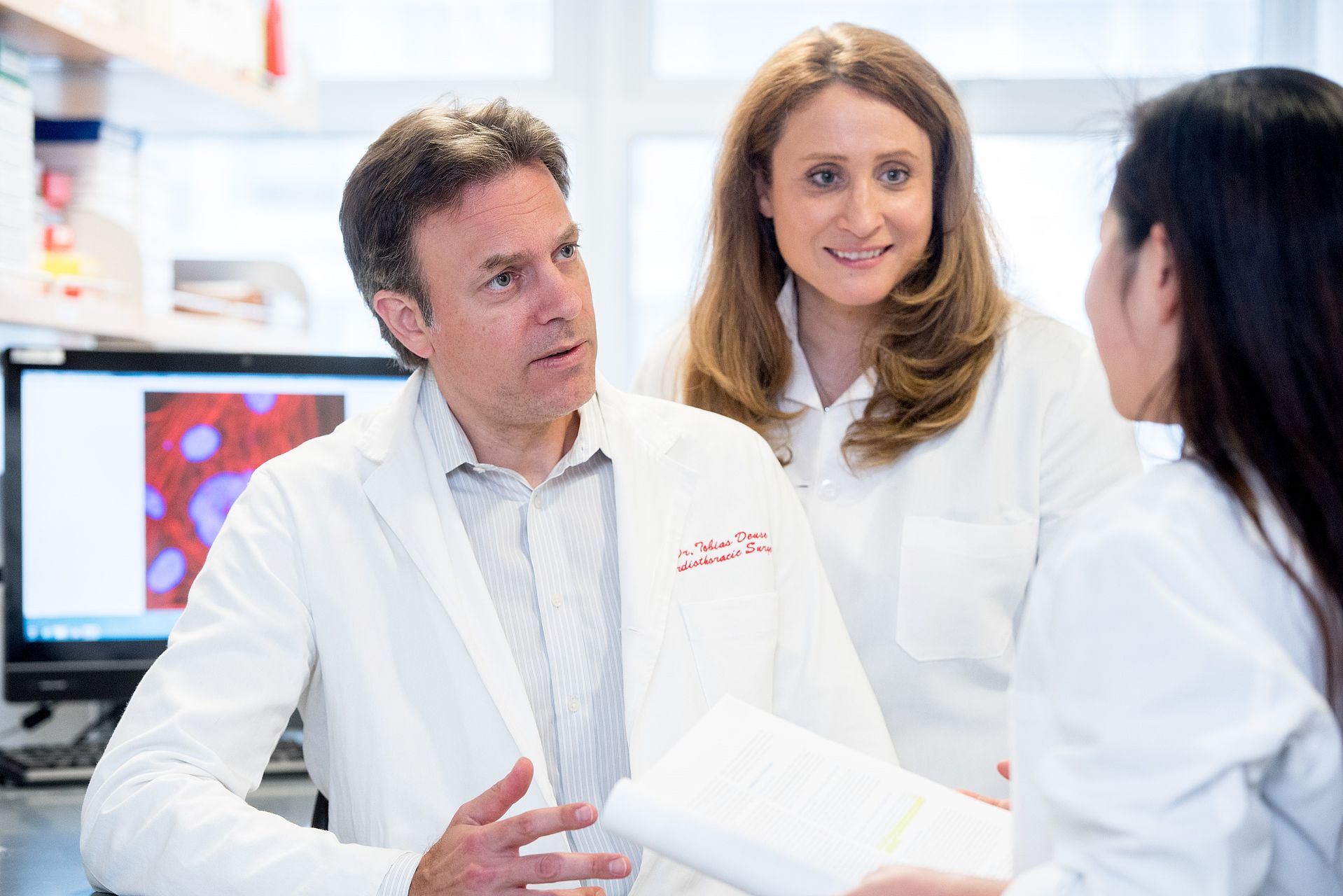 Induced pluripotent stem cells, iPSC for short, are a promising way to overcome the lack of human donor organs. Like embryonic stem cells, iPSC are able to transform into any body cell. Professor Dr. Sonja Schrepfer, scientist at the German Centre for Cardiovascular Research (DZHK) at the University Hospital Hamburg-Eppendorf, and her team have now discovered that the stem cells change genetically as they grow into the desired cell type in the laboratory. When the newly cultivated cell tissue is subsequently inserted back into the patient, the patient's immune system rejects it.

iPSC are produced from body cells, for example skin cells, which doctors remove from the patient, reprogramme into stem cells in the laboratory and grow into the desired cell type. In the laboratory, scientists use them to develop new heart muscle cells in order to repair a heart damaged by a heart attack. iPSC offers several advantages over embryonic stem cells: On the one hand, they are ethically harmless and their removal does not involve any risks for the cell donor. On the other hand, the researchers assumed that the patient's body would accept the new cells cultivated from iPSC because it already knows them. Nevertheless, the body often rejects the new tissue. DZHK scientist Professor Dr. Sonja Schrepfer from the University Hospital Hamburg-Eppendorf and her team have now discovered that changes in the genetic information of the cells are responsible for this. These changes occur when researchers reprogram and cultivate the cells in the laboratory. These changes in the genetic information, known as mutations, transform the cells in such a way that the immune system regards them as foreign and fights them when the cell tissue cultivated from them is re-inserted into the patient.

Such mutations are not unusual and typically occur in the body. However, the immune system immediately removes the altered cells and prevents them from accumulating. This control is lacking in the laboratory, so that genetically modified cells continue to multiply.

As a consequence, patients who transplant tissue from iPSC would have to take lifelong drugs that suppress an immune response, so-called immunosuppressants. Although they prevent rejection, they also cause considerable side effects. Among other factors, immunosuppressants damage the kidneys and liver and increase the risk of tumours and diabetes. "Alternatively, the cells could be given a kind of magic cap," said Schrepfer. "This would fool the patient's body into believing that the cells produced in the laboratory are his own so that they are no longer rejected after transplantation. Schrepfer and her colleagues are currently intensively testing this stealth cap technology. The method has already worked in model experiments. The physician estimates that she will be able to use the technology on patients in five to eight years. Another strategy would be to transplant only cells that are not mutated. According to Schrepfer, such quality control would be very time-consuming and costly.