Polluted air shortens the lifespan of Europeans by about two years 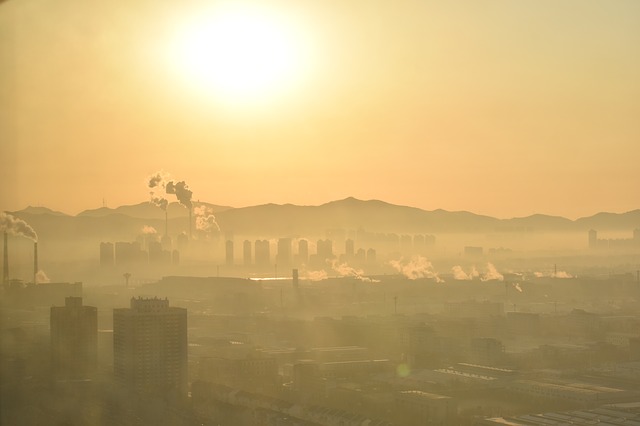 Air pollution is clearly underestimated as a health hazard, notwithstanding the heated discussion about diesel cars, nitrogen oxides and fine particulate matter. A team of scientists headed by Professor Jos Lelieveld of the Max Planck Institute for Chemistry and Professor Thomas Münzel of Mainz University Medical Center has revealed that air pollution shortens the average life expectancy of Europeans by about two years. According to the study, around 120 people per 100,000 population die prematurely from the effects of air pollution on a global scale. The corresponding figure for Europe stands at 133 per 100,000 population, which thus exceeds the global average. Cardiovascular diseases are the cause of death in at least half the incidents.

Poor air quality, especially by fine particulates, can lead to respiratory and cardiovascular diseases, and are associated with a remarkable high mortality risk. In their study, published in the latest issue of the European Heart Journal, the researchers adjusted the most recent calculations of the Global Burden of Disease (GBD), a global health study, as well as their own values  substantially upward: Until recently, it had been assumed that the global mortality rate due to air pollution was around 4.5 million people a year. The recalculated value puts that figure at 8.8 million per year. In Europe alone, nearly 800,000 people die prematurely every year as a result of air pollution.

It became necessary to update the calculations, as a recently published study  placed the disease-specific hazard rates well above the GBD values. Because this study incorporated 41 large-scale case-group investigations from 16 countries, including China, it provides the best database currently available, says Jos Lelieveld, director at the Max Planck Institute for Chemistry.

Polluted air claims at least as many lives as smoking

According to the new calculations by the Mainz researchers, poor air quality now ranks among the most serious health risks, including hypertension, diabetes, obesity and smoking. By comparison, the World Health Organization (WHO) estimates the premature mortality rate from smoking tobacco − including passive smoking − to be 7.2 million people per year. Consequently, ambient air pollution poses a risk that is similar to smoking. Tobacco smoking, however, is a personal decision, whereas exposure to ambient air pollution is not.

The researchers emphasize that particulate matter with a diameter less than 2.5 micrometers (PM2.5) is the main cause of respiratory and cardiovascular diseases, which explains the high mortality rates attributed to poor air quality. “The results of our study show that the European limit value for particulate matter − 25 micrograms per cubic meter of air averaged over a year − is much too high”, says Thomas Münzel, director of the Cardiology Center at the University Medical Center in Mainz. This limit is well above the WHO guideline of 10 micrograms per cubic meter.

For their calculations, the team first determined the regional exposure to pollutants such as particulate matter and ozone using an established, data-driven atmospheric chemistry model. They then linked the exposure values to disease-specific hazard functions from epidemiological data as well as population densities and causes of death in all European countries.

Particulate matter levels should be reduced

“Our results show a much higher disease burden from air pollution than previously assumed”, says Münzel, who also initiated the Mainz Heart Foundation. “Air pollution needs to be acknowledged now as an important cardiovascular risk factor, because it causes additional damage through diabetes, arterial hypertension and hypercholesterolemia . It has therefore become more urgent than ever to reduce exposure to particulate matter and to adjust the limit values accordingly. Furthermore, fine particulate matter as a cause of cardiovascular diseases should be featured more prominently in the guidelines of the European Society of Cardiology.”

Since much of the fine particulate matter and other airborne pollutants result from the burning fossil fuels, scientists advocate replacing fossil fuels with sustainable sources of energy. “When we shift to clean, renewable energy, we could comply with the Paris agreements to mitigate the effects of climate change”, explains Jos Lelieveld who is also professor at Johannes Gutenberg University in Mainz and at the Cyprus Institute in Nicosia. “In that case we can also reduce air pollution-related mortality rates in Europe by up to 55%.”