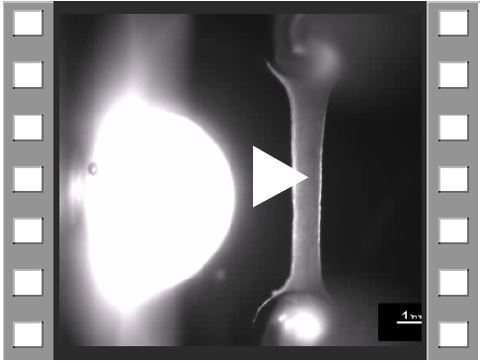 When treated with retinoic acid and seen under a microscope, the engineered cells have the same characteristic as atrial cells from a human heart, displaying the same genes and can even be seen to ‘beat’.

New German research shows that beating human heart muscle can be grown in a laboratory from donated skin cells. The study, published in Stem Cell Reports and part-funded by the German Centre for Cardiovascular Research (DZHK), could lead to personalised treatments for heart conditions like atrial fibrillation (AF) and lower the number of animals needed to develop heart drugs.

New German research shows that beating human heart muscle can be grown in a laboratory from donated skin cells. The study, published in Stem Cell Reports and part-funded by the German Centre for Cardiovascular Research (DZHK), could lead to personalised treatments for heart conditions like atrial fibrillation (AF) and lower the number of animals needed to develop heart drugs.

AF is a common abnormal heart rhythm that originates from the top chambers of the heart, called the atria. It affects about 10 million people in Europe. People with AF may experience an irregular heartbeat or pulse, feeling faint or dizzy, and it can also cause blood to swirl in the heart, forming clots, and is a major cause of stroke.

Current treatments, like carefully destroying the part of the heart that causes the abnormal rhythm or medications like beta-blockers, don’t work for all patients and have serious side effects, so there is a lot of research into new and better drugs. Drug development for AF is particularly demanding because atrial heart cells are difficult to obtain and, once isolated, they are challenging to maintain. Animal models of AF do not closely mirror the human version of the disease.

The Hamburg-based team have now used ‘induced pluripotent stem cell’ technology to make heart cells from donated skin cells. This method had previously been used to grow heart cells that are similar to the lower heart chamber, the ventricle, but this study modified the technique by adding a chemical called retinoic acid. This addition caused the cells to acquire similar features to atrial cells and, when grown in three dimensions, strips of atrial heart muscle developed that mimicked the behaviour of ‘real’ atrial muscle. This could make developing better drugs for AF much easier, giving hope to the millions living with this potentially deadly disease.

The newly-engineered heart muscle can be seen to ‘beat’, and it conducts electricity and reacts to specific drugs in the same way as human atrial muscle [1]. The next steps will be to see if the team can perfect this engineered muscle and also make it behave like ‘diseased’ heart muscle so that they could test drugs outside the human body, before prescribing them to patients.

This research could reduce the number of animals needed in heart research. Heart muscle engineered and grown in this way is also patient specific so it would allow scientists to test drugs on heart tissue grown from a specific person, to target the exact atrial disease that they have.

Growing heart cells from skin cells, and even growing atrial cells, has been done before, but this is the first example of using this technology to grow 3D heart muscle (known as engineered heart tissue or EHT) that behaves specifically like atrial cells.

Dr Marta Lemme, from the Institute of Pharmacology and Toxicology UKE Hamburg lead author of the study said:
“The idea that we could test drugs on some heart muscle grown for a specific patient sounds fantastical, but our research is showing that this is a now a reality using just a sample of their skin cells.

“We rely on animals to develop new drugs and treatments – they are a vital part of the research process but our study shows that we could one day reduce, or even remove, the need for animal research.”

Professor Thomas Eschenhagen, chairman of the board at the DZHK which part-funded the study and head of the project said:

“Research like this shows how we can use cutting-edge technology to bring lab-based research to the benefit of people living with cardiovascular disease. The DZHK was established with this exact aim in mind and it’s incredibly satisfying to see results like this from a group I am personally involved in.”

The research was carried out at Institute of Pharmacology and Toxicology UKE Hamburg, funded by the DZHK and the European Union’s Horizon 2020 research and innovation programme under the Marie Sk1odowska-Curie grant agreement no. 675351

Notes to Editors:
[1] Drugs used were Carbachol and 4-aminopyridine