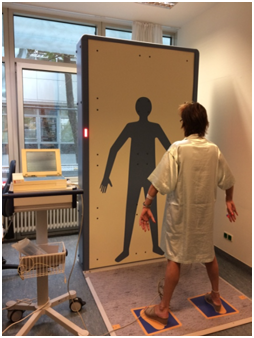 Body scanners used for security checks are safe for patients with pacemakers and defibrillators, according to late breaking research presented today at ESC Congress 2018.

Across the globe more than four million patients with heart failure or cardiac arrhythmias rely on pacemakers and defibrillators to keep their hearts beating regularly. It has been unclear whether body scanners used for security checks at airports interfere with the function of cardiac devices.

Dr Carsten Lennerz, study author, of the German Heart Centre Munich, Technical University of Munich, and German Centre for Cardiovascular Research (DZHK), said: “A multicentre survey of 800 patients with cardiac devices revealed that eight out of ten worry about the safety of security body scanners and would refuse the scan, preferring a manual check. (2) This takes more time and requires giving medical details to security staff.”

This study assessed the safety of full body scanners for patients with implanted cardiac devices. The scanners emit millimetre waves which bounce off the skin and create an image of the body and any concealed objects. These scanners were introduced in the mid-2000s and most airports with full body scanners now use millimetre wave imaging. They are also used in train stations and some public buildings for security screening.

The study included 300 patients with a pacemaker, implantable cardioverter defibrillator (ICD), or cardiac resynchronisation therapy (CRT) device attending a routine check-up at the German Heart Centre Munich. Patients underwent a body scan mimicking the scans at airport security (figure). An electrocardiogram (ECG) was recorded during the scan to detect potential malfunctions of the cardiac device caused by electromagnetic interference.

Dr Lennerz said: “We found no evidence of electromagnetic interference or device malfunction with the full body scanner we tested and can conclude that scanning is safe for patients with implanted cardiac devices. This may be because cardiac devices filter out high frequency signals such as millimetre waves, the waves hardly penetrate the body at all, and the scan time is very short (usually around 100 milliseconds).”

The premise of the study was that the electromagnetic fields generated by body scanners could be misinterpreted by cardiac devices as signals from the heart, causing a pacemaker to stop pacing or pace incorrectly, or a defibrillator to mistakenly deliver shock therapy. Electromagnetic interference could also alter the cardiac device’s programming, which is tailored to a specific patient, with unpredictable results. However, the research found no indication of electromagnetic interference or device malfunction.

Dr Lennerz noted that a strength of the study was that patients underwent a security body scan with the same electromagnetic fields used in real life, but in a controlled hospital environment.

He concluded: “The study suggests that millimetre wave body scanners pose no threat to patients with pacemakers, ICDs, and CRT devices and there is no need for specific protocols or restrictions on their use.”