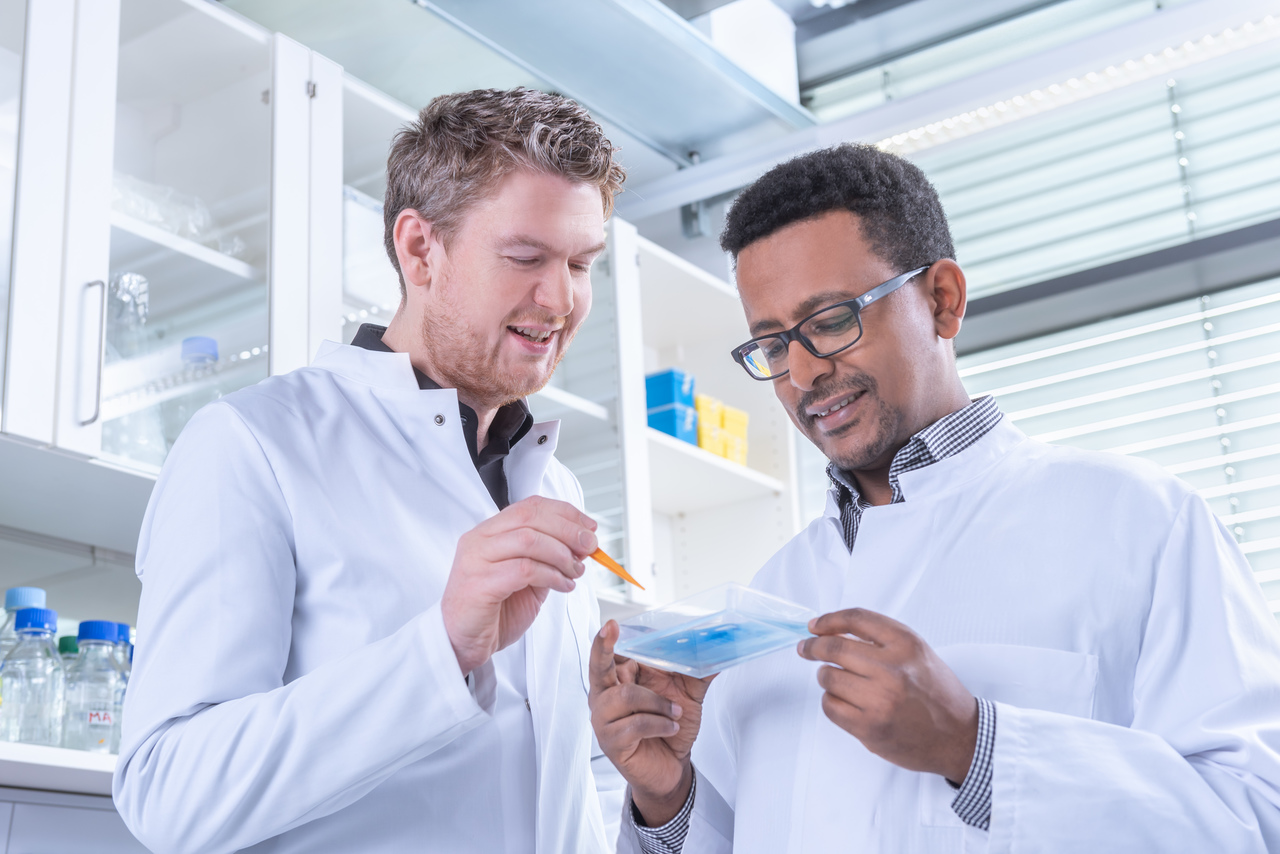 Scientists from the German Centre for Cardiovascular Research (DZHK) at the partner site Heidelberg University Hospital have discovered how a small molecule in the heart – responsible for protecting the heart’s pumping action - is produced in mouse heart muscle cells. This discovery by Professor Johannes Backs and Dr Zegeye Jebessa suggests a new link between heart health and the way stored fat is degraded. The results could lead to a completely new therapeutic approach for the treatment of heart failure.

The scientists knew from earlier work that a fragment of  the protein HDAC4 was involved in heart protection in heart muscle cells. They were therefore looking for the enzyme that could breakdown HDAC4, a so-called protease, to produce this protective fragment. "We have now found it. It is called ABHD5 and cuts HDAC4, which then forms the heart protecting protein, HDAC4-NT" said Professor Johannes Backs, spokesperson for the DZHK partner site in Heidelberg/Mannheim and Director of the Institute of Experimental Cardiology at the Heidelberg University Hospital. Previously, the scientists had only identified ABHD5 from fat metabolism, where it causes the digestion of stored fatty acids.

The protein ABHD5 is found on the fat droplets in which fatty acids are stored in cells. If the cells receive a signal that energy is needed, ABHD5 is activated and this initiates the degradation of those fatty acids. For example, when stress hormones are released during exercise, cells break down stored fat as a response.

The Heidelberg researchers have now been able to show that the activation of ABHD5, and the subsequent processes that this initiates, also leads to the formation of HDAC4-NT. The team had previously established that HDAC4-NT can protect the heart and they are now the first to discover that ABHD5 can also cut proteins, acting as a protease. "Our results could open up new possibilities for treating heart failure, for example by specifically activating ABHD5," said Backs.

Despite these protection mechanisms, stress and strain are not always good for the heart. For example, during chronic high blood pressure, the heart can be permanently affected and this protective mechanism switched off.

When someone with heart failure receives a heart transplant and a new heart, their ‘old’ heart can be a valuable source of information for scientists. Backs and his team have researched these ‘old’ hearts and found that they had less active ABHD5 protein. When the team studied the heart muscle cells of mice lacking ABHD5, they saw typical signs of heart failure. In addition, the mouse hearts had stored an excessive amou­­nt of fat. While the researchers were able to preserve the mouse hearts’ function by adding the ABHD5 product, HDAC4-NT, to the cells, the amount of fat stored did not change. "These results challenge the current concept of lipotoxicity," said Backs. According to the standard concept, excessive fat storage leads to poor heart function in diseases such as diabetes or obesity. However, in mice without ABHD5, if the researchers re-established the HDAC4-NT levels, heart function improved regardless of fat storage.

The Heidelberg researchers still have to find out whether the results obtained in cells and mice can be fully transferred to humans. Therefore, they are now looking for a way to specifically activate ABHD5 and its heart protective function. The scientists would then have to explore their method in animals before they could use it in clinical trials. However, Backs also believes that other treatment approaches could be derived from their results. For example, in terms of lifestyle, it is possible that sport with short periods of stress would have a more beneficial effect on the heart than a marathon. Since ABHD5 is controlled by the metabolism of fat, it is also conceivable that the type of fat in the heart muscle cells is important in activating heart protection.