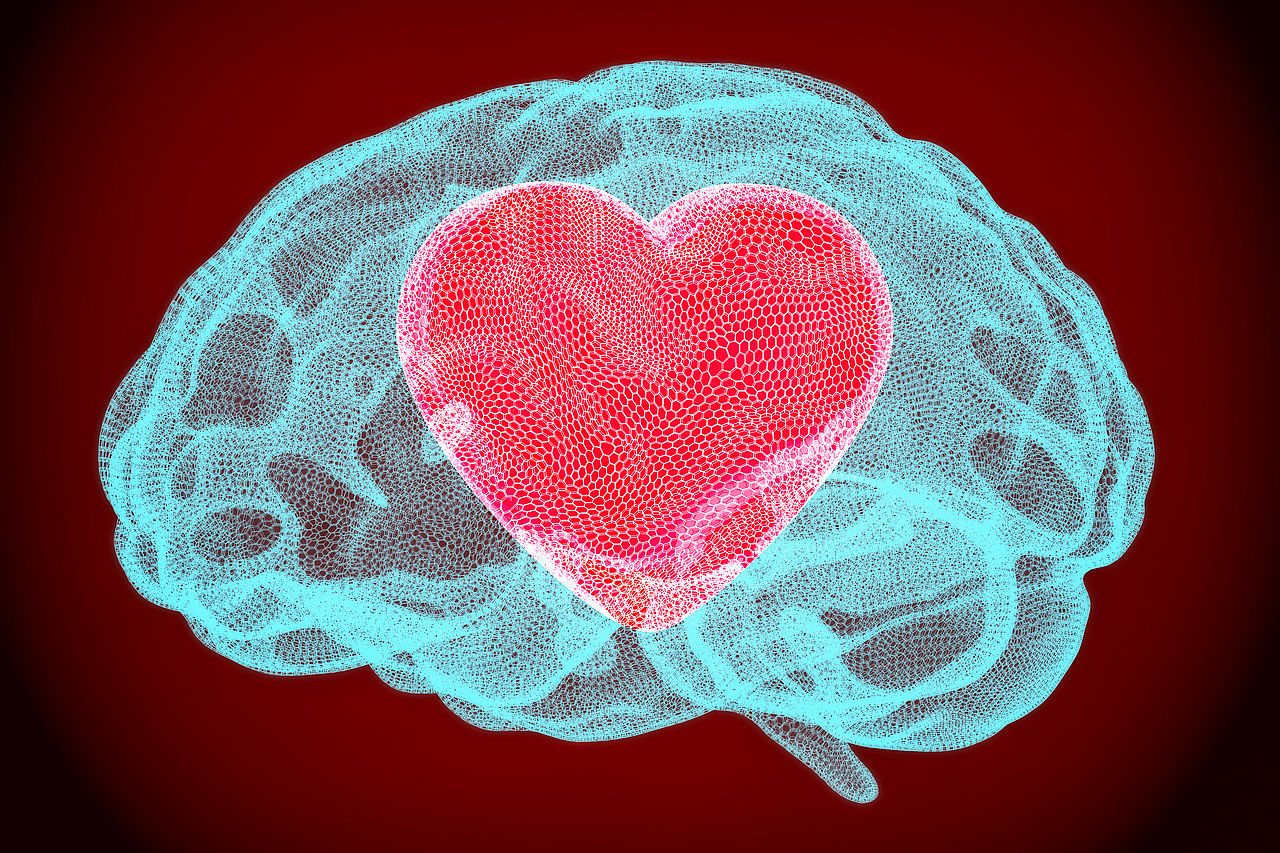 Researchers want to predict as early as possible who is at risk of developing dementia, for example. A thickened heart muscle could be an indication. | © alexlmx 2017 - stock.adobe.com

People with a thickened heart muscle (cardiac hypertrophy) have a thinner cerebral cortex and white matter damage. Scientists from the German Center for Cardiovascular Research (DZHK) at the Greifswald University Medical Center have recognized this connection between the heart and the brain before the heart becomes seriously ill.

A heart is not pathologically damaged from one day to the next: If the heart is overworked over a longer period of time, for example due to high blood pressure, the heart muscle increasingly thickens. Ultimately, a greatly enlarged heart muscle, known as cardiac hypertrophy, can lead to heart failure, a heart attack or cardiac arrhythmias.

"We were amazed at how strongly and consistently a thickened heart muscle is associated with damage to the white matter or tissue loss in the cerebral cortex," says Dr. Martin Bahls, University Medicine Greifswald. The scientists observed that the pathological changes in the heart and brain develop simultaneously. "The connection between high blood pressure and cognitive limitations has long been known and is considered to be certain," says first author Stefan Frenzel. “Previous studies indicate that cardiac hypertrophy is an important risk factor for the deterioration of cognitive abilities. We have now checked whether it is also related to a changed brain structure. "

Study participants from the general population

Together with colleagues from the German Center for Neurodegenerative Diseases (DZNE), the researchers did not examine patients for their work, but rather people from the general population. The data were collected as part of the Study of Health in Pomerania (SHIP). The study regularly examined people from Western Pomerania holistically, with a view on typical clinical pictures. The authors evaluated the data from 1,602 study participants between the ages of 21 and 82 years. The prerequisite was that they had neither a previous heart attack nor a restricted pumping function. From these people, they analyzed the data from ultrasound scans of the heart and MRI scans of the brain.

Focus on the cerebral cortex

A 3D model of the cerebral cortex was created for each study participant using computer algorithms. On the basis of these models, the scientists determined how thick the cerebral cortex is and then related this to the heart parameters from the ultrasound examinations. Study participants with cardiac hypertrophy tended to have a thinner cerebral cortex. This relationship was independent of conditions such as high blood pressure or diabetes. In addition, the white matter then also showed more lesions.

Observe the progress in order to prevent in the future

The participants in the SHIP study are invited, interviewed and examined again every five years. The investigations for the second wave of investigations were recently completed and are now ready for evaluation. The authors will now take a closer look at this data. In doing so, they focus on changes in the cerebral cortex between the two survey times and relate them to cardiac hypertrophy: "With such follow-up examinations we can learn a lot about which changes are normal with increasing age and which are not," says Bahls. "In the long term, such research results can be used to develop preventive measures that can reduce the risk of dementia or heart failure."