Exercise is good for the heart, high blood pressure is bad – Researchers find out why 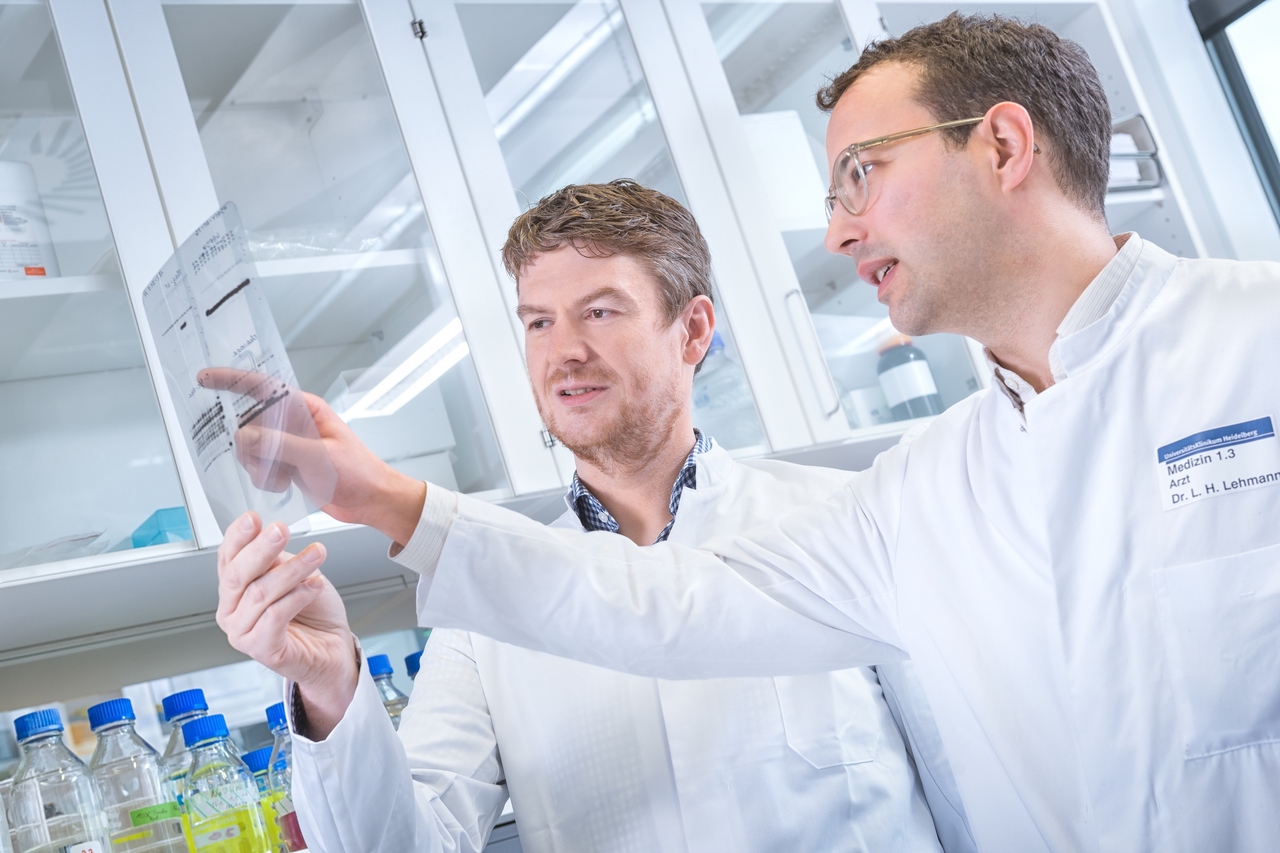 When the heart is put under stress during exercise, it is considered healthy. Yet stress due to high blood pressure is bad for the heart. Why? And is this always the case? Researchers of the German Centre for Cardiovascular Research (DZHK) and of Heidelberg University Hospital have obtained new findings which indicate that a previously undetected signal pathway causes or protects from heart failure – depending on the type of stress. They report their findings in the current issue of Nature Medicine.

The researchers examined a chain of metabolic processes in the heart that has an epigenetic switch called histone deacetylase 4 (HDAC4) at its outset. Epigenetics investigates how environmental influences regulate genes. The newly discovered signal transmission pathway can be upregulated or downregulated in mouse hearts depending on the stress. The researchers identified this, because at the end of the signal pathway, a fragment of HDAC4 is more prevalent in healthy mouse hearts after physiological stress, i.e. after exercise. Yet the mouse hearts that were subjected to pathological stress, for example permanent stress due to increased blood pressure, did not generate this fragment.

The researchers aimed to investigate the effect more closely and therefore produced genetically modified mice that are not able to generate the HDAC4 fragment. The animals were subjected to physiological stress and, surprisingly, exercise no longer had the healthy effect on them. Instead, they developed temporary heart failure after the intensive workout which led to a distinctly reduced performance. This heart failure, however, regressed again.

“We found temporary cardiac fatigue”, says DZHK Professor Johannes Backs of Heidelberg University Hospital, Director of the newly established Department of Molecular Cardiology and Epigenetics (Internal Medicine VIII) since 2015. The syndrome is also found in patients, but is underestimated according to Dr. Lorenz Lehmann, the lead author of the study from the Department of Cardiology (Internal Medicine VIII) at Heidelberg University Hospital. Lehmann states that this is because it can only be detected if the cardiac function is examined during or in the minutes immediately after exercise.

It all depends on the breaks

The HDAC4 fragment can thus protect the heart from damage caused by temporary physiological stress. Yet why not also from stress caused by high blood pressure or other kinds of morbid stress? “The breaks make all the difference”, says Backs. During exercise, there are frequently rest periods for the heart. An enzyme called protein kinase A recovers during these periods and then ensures that the healthy path via the activation of the HDAC4 fragment is followed at a crossroads of the metabolic chain.

During permanent stress caused by severe high blood pressure, the signals in the heart cells, on the other hand, follow the newly discovered, morbid path: The protein kinase A’s activity eventually distinctly wanes under the permanent stress and the fragment disappears. The myocardial cells’ metabolism then uses more sugar than fat for producing energy. It is not, however, the change in energy production that makes the heart ill. Rather, it is because sugar residues attach to proteins too. Some of these proteins altered by sugar eventually inhibit the calcium metabolism and thus the myocardium’s contractile function, which leads to a deficiency in the heart’s pumping power.

“These findings are novel and change the way we think about how a myocardial cell can fail. We were able to demonstrate that there is a link from epigenetics via the metabolism through to contractility, i.e., through to cardiac function”, says Backs. The researchers also demonstrate that a gene therapy with the HDAC4 fragment protects against this pumping power deficiency in mice. This entirely new therapeutic principle is now being intensively investigated.

Even from an evolutionary perspective, the mechanism seems plausible to the researchers. Our ancestors, the gatherers and hunters, often had to be physically active for many hours to find food and bring it home. The newly discovered signal pathway could have protected the heart in this case. The results also explain why extreme endurance sports without rest periods can damage the heart. “We all intuitively know that breaks are important. Perhaps we have now found the molecular causes for this”, states Backs.

That prolonged stress on the heart leads to changes in the signal pathway may also be the cause of the broken heart syndrome (Takotsubo cardiomyopathy), in which temporary heart failure is brought on, in particular, by emotional stress. The researchers led by Johannes Backs are currently putting this phenomenon under the microscope.