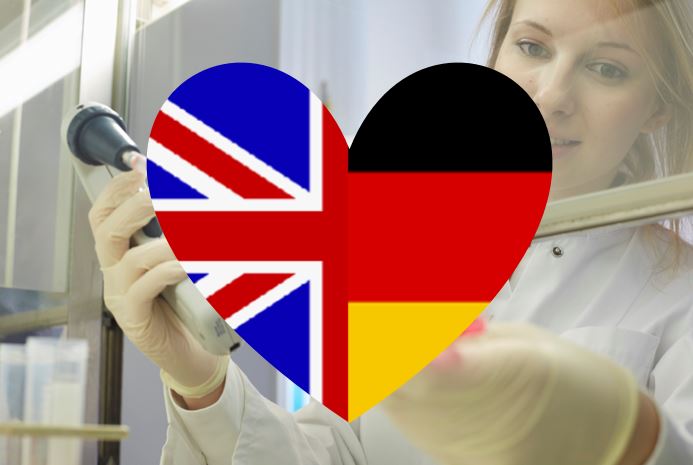 European heart researchers want to collaboratively solve the most pressing challenges in cardiovascular medicine. Therefore, as part of a cooperation program, the German Centre for Cardiovascular Research (DZHK) and the British Heart Foundation (BHF) are supporting two German-British projects to the tune of €2.5 million each. There are also plans to expand the program to include the Nederlandse Hartstichting (Dutch Heart Foundation).

Cardiovascular diseases are the leading cause of death in nearly every country on earth, making it even more important to pool research efforts and collaborate across political boundaries. Researchers are now doing exactly that in two German-British projects:

The network of researchers working on a project entitled “Genetic discovery-based targeting of the vascular interface in atherosclerosis” spans from Munich and Lübeck to Oxford, Cambridge, and Leicester. The research team is coordinated on the German side by Prof. Jeanette Erdmann of the Universität zu Lübeck, while Prof. Hugh Watkins of the University of Oxford is the coordinator of the British side of the project.

Genes determine the properties of blood vessels. These genes are altered in some people and usually cause deposits to form on blood vessel walls, thus increasing the risk of heart attack. The researchers want to find out which genes are behind this and by which mechanism they operate. The German researchers have at their disposal genetic data from thousands of affected individuals as well as animal and stem cell models. The British scientists bring to the project a vast collection of vascular muscle cell samples from patients as well as a series of techniques for studying how the genes function.

The team of researchers working on a project entitled “Spatially resolved cellular and molecular drivers of cardiac remodeling in healthy and failing human hearts” is coordinated on the German side by Prof. Norbert Hübner of the Max Delbrück Center for Molecular Medicine in the Helmholtz Association (MDC), and on the British side by Dr. Michela Noseda of Imperial College London.

A human heart is made up of billions of cells that must work together perfectly. These cells undergo changes when there is heart failure. The team plans to use new, cutting-edge technology to analyze thousands of individual cells in order to learn how the different parts of a healthy heart are put together and what changes occur in a failing heart. The researchers also want to study how the individual cells behave in a population of cells and how they respond to biophysical stimuli. In addition, using computer simulations, the researchers aim to create a cellular atlas of the heart, which should provide new insights into cardiac anatomy and physiology. The findings from the project should also make it possible to model diseases in the lab with artificial heart cells using a system akin to word processing.


Project 1: “Genetic discovery-based targeting of the vascular interface in atherosclerosis”