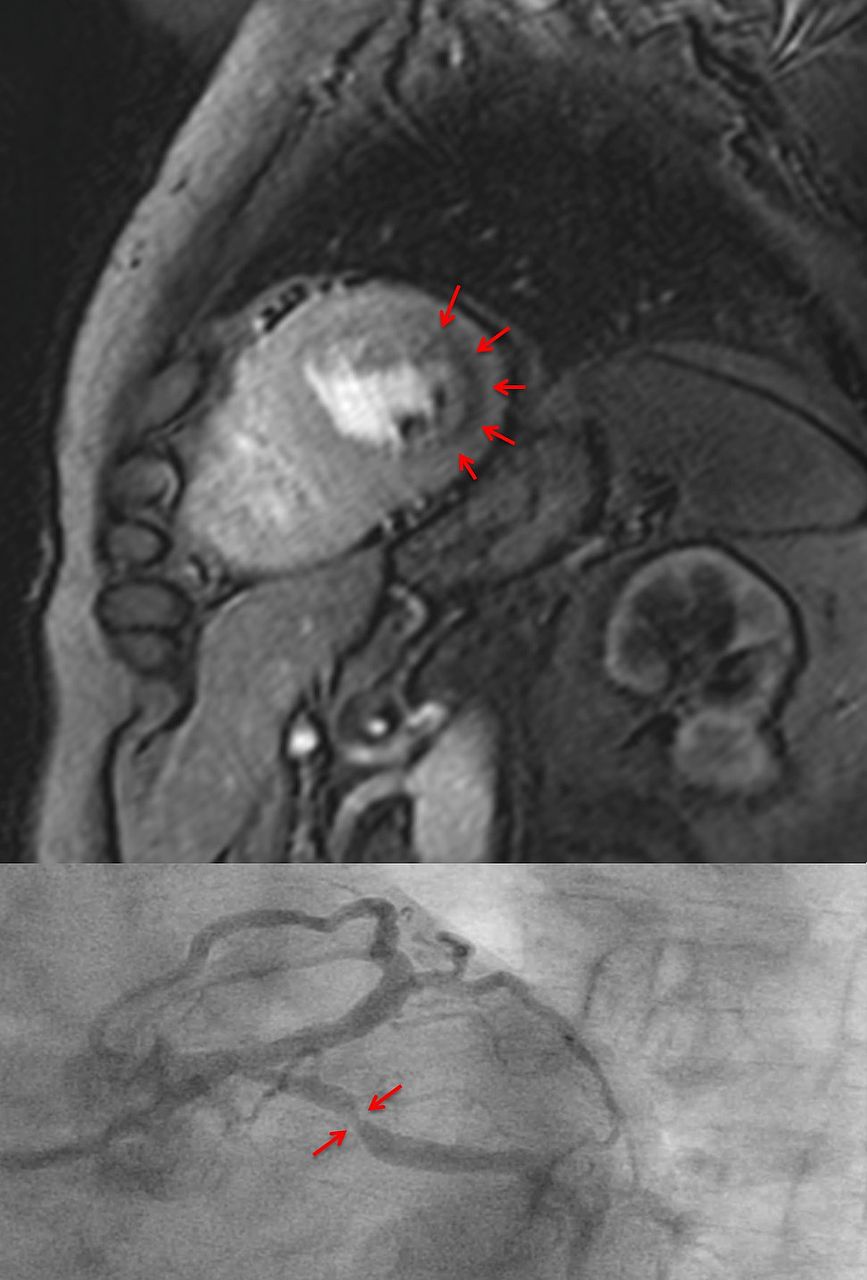 The non-invasive measurement of blood flow to the heart using magnetic resonance imaging (MRI) is on par with cardiac catheterization. This was the result of an international study published in the current issue of the New England Journal of Medicine and headed by researchers from Goethe University.

For patients with chest pain and presumably stable coronary heart disease (CHD), therapy depends primarily on how constricted the arteries that support the heart are (coronary arteries). This is often determined using an invasive procedure called cardiac catheterization. If necessary, the pressure in the coronary arteries is also measured. The combination of these methods is the currently the recognized standard for making therapy decisions. Cardiovascular magnetic resonance imaging (MRI) is an alternative for directly measuring the blood flow in the myocardium.

In contrast to cardiac catheterization, MRI is non-invasive, works without ionising radiation, can be done in 40 minutes and delivers direct measurements of the blood flow to the heart. The team headed by Professor Eike Nagel, Director of the Institute for Experimental and Translational Cardio Vascular Imaging at Goethe University was able to demonstrate that MRI measurements are as safe to guide decision-making as the currently used invasive procedure. Within the international MR-INFORM study, they examined 918 patients with an indication for cardiac catheterization to see if decision-making by an MRI scan led to the same results as the current invasive method.

Patients were randomly assigned to two groups. One group received the standard diagnostic investigation with cardiac catheterization and pressure measurement of the coronary arteries. The other had the 40 minute MRI scan of the heart to decide whether to send the patient on for invasive angiography.

In each study arm, constricted coronary vessels were dilated when indicated by the examination. In the following year, the physicians documented how many patients died, suffered a heart attack or required a repeated vascular dilation. In addition, they recorded whether the heart symptoms continued.

The result: in the group of patients examined by MRI, less than half required a diagnostic cardiac catheterization and fewer patients received a vascular dilation (36% vs 45 %). This means that with a fast and non-invasive MRI examination as the first test, both diagnostic and therapeutic cardiac catheterizations can be reduced. Importantly, the two groups did not differ in terms of continuing symptoms, the development of new symptoms, complications, or deaths.

“This means that patients with stable chest pains who previously would have received cardiac catheterization can alternatively be examined with MRI,” concludes Professor Eike Nagel. “The results for the patients are just as good, but an examination by MRI has many advantages: the procedure takes about 40 minutes, patients merely receive a small cannula in their arm and are not subject to radiation.” The physician hopes that the less invasive method will now be used as a method of first choice, reducing the need for cardiac catheterizations.

In contrast to Great Britain, where an MRI scan of the heart is paid for by the National Health Service (NHS), reimbursement is often difficult in Germany and usually has to be negotiated individually. In this regard, Nagel also hopes that the study will contribute to the acceptance of the non-invasive procedure and improve its availability.