In this study, the DZHK researchers at the Munich partner site want to compare two therapies in patients with atrial fibrillation, who have also had a heart attack. The researchers want to determine which of the two therapies leads to less bleedings.

Patients with atrial fibrillation have an increased risk of stroke or embolisms and thus permanently require medication that inhibit blood coagulation, so-called oral anticoagulants belonging to the group of vitamin K antagonists. If these patients have had a heart attack, i.e., a sudden occlusion or a severe narrowing of a coronary vessel, a cardiac catheterisation is performed and the vessel is widened using a balloon catheter or stent. In order to avoid accumulation of blood clots at the stent site, these patients subsequently require another class of anticoagulant medication, so-called antiplatelets, for several months.

Each of these medication classes is already associated with an increased risk of bleeding. At the moment, guidelines recommend a triple medication (triple therapy) of aspirin, clopidogrel (antiplatelet), and an oral anticoagulant for several months as standard treatment for patients with atrial fibrillation and a stent implantation. However, this therapy increases the risk of bleeding even more.

Data from a preliminary study showed that omitting aspirin reduced the risk of bleedings without increasing the occurrence of recurrent blood clots in the circulatory system. Furthermore, in comparison to the classic vitamin K antagonists, the recently introduced “new oral anticoagulants” (NOACs) show less bleeding events in patients with atrial fibrillation.

Therefore, the researchers postulate that in comparison to the conventional triple therapy with aspirin, clopidogrel and a vitamin K antagonist, a double therapy of apixaban (belongs to the NOAC group) and clopidogrel will lead to significantly lower bleeding rates without vascular occlusions reoccurring within 6 months after intervention.

Please use the following link to get to the website of the study https://approach.dzhk.de/

There are no publications available yet. 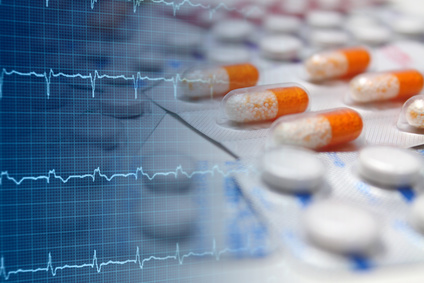 The APPROACH-ACS-AF-DZHK7 study aims to improve the care of patients who have suffered a heart...