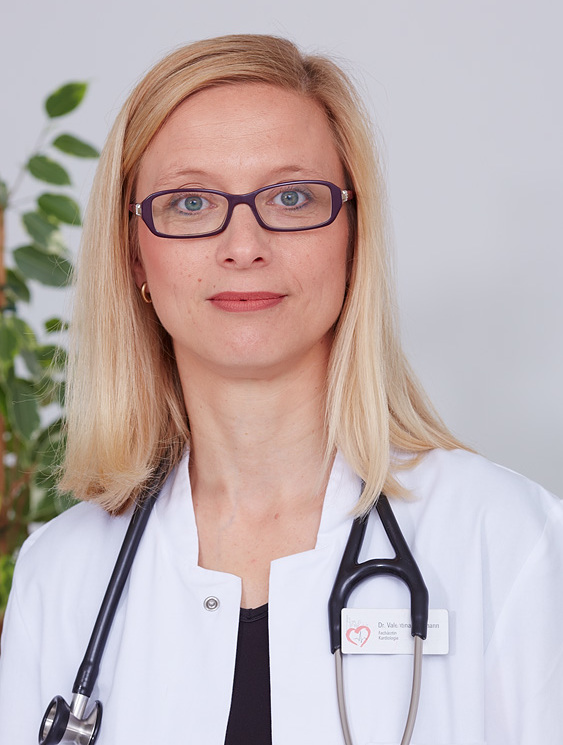 A study led by scientists of the German Centre for Cardiovascular Research (DZHK) at the Rhine-Main partner site found that the risk of major adverse cardiac events in patients with coronary artery disease can be substantially better assessed with a short MRI examination than with the usual clinical parameters.

In coronary artery disease (CAD), the coronary vessels may suddenly be no longer able to sufficiently supply the myocardium with oxygenated blood. Such events lead to myocardial injury and infarction, which heal by forming a scar. The scar is responsible for weakening of the heart muscle and development of heart failure. Early interventions by quick re-opening of the occluded vessels are standard clinical practice and have helped to markedly reduce the extent of the consequent damage. Yet, despite these advances, CAD patients remain at high risk of developing heart disease and associated deaths. In a study of 665 CAD patients, DZHK scientists showed that so-called native T1 mapping by cardiac magnetic resonance imaging (MRI) examination can support a much better prediction of patients’ outcome, including survival rate and development of major adverse cardiac events (MACE) compared to all clinical parameters used in routine practice, such as LV ejection fraction or the presence of late gadolinium enhancement, depicting scar tissue. Native T1 mapping enables detection of cardiac remodelling in the non-scared tissue, early, non-invasively and with no radiation, thus bearing a potential to support the treatment of these harmful processes in good time.

“We already have a number of very good therapies that can counteract and impede harmful cardiac remodelling processes”, says PD Dr. Valentina Puntmann, DZHK scientist at the University Hospital Frankfurt and lead author of the study. “Using native T1 mapping, we can probably make an even better use of them, so that adverse consequences of CAD, such as heart failure or cardiac arrhythmia, may not need to occur.” With native T1 mapping, harmful “remodelling” processes in noninfarcted myocardium are identified, such as inflammation or diffuse pathological proliferation of the connective tissue. Clearly, further clinical studies are necessary to confirm the patients’ benefit in terms of their survival rate and quality of life from when treatment is optimised using guidance based on native T1 mapping.

The survival rate and risk of serious complications in CAD patients is currently assessed using risk scores and the pump function of the left ventricle, also known as LV ejection fraction (LVEF). LVEF is mostly measured by echocardiography. Unfortunately, this method is not very accurate and struggles to detect small changes in heart’s performance. It is also not able to directly measured the disease processes in the myocardium itself. As such, despite many consecutive echoes, the repeated measurements of LVEF can only guide therapy when big changes are detected, which means in practice advanced disease. All our evidence is based on this approach: treatment for heart failure is instituted when LVEF is less than 35% (normal >60%).

In the present study, native T1 was markedly superior in predicting the survival rate and MACE compared to the LVEF, even with CMR, which is known to measure the LVEF distinctly more accurately than echocardiography. “This result illustrates how important it is to identify the disease processes directly in the tissue and not only rely on the consequences of structural changes, such as a reduced LVEF, which are often late signs of the damage”, says Dr Puntmann.

The extent of the scarred myocardium can be also determined by CMR using the contrast agent gadolinium, using a technique called late gadolinium enhancement (LGE). It is known that this marker bears significance for the patients’ prognosis following a myocardial infarction and has been previously shown to outperform LVEF in risk stratification. Yet, just like LVEF, it relays information about advanced and unchangeable consequence of the ongoing disease. In the present study, the combination of native T1 was superior to LGE in prediction of survival in CAD. In prediction of MACE, native T1 of the noninfarcted myocardium complemented with LGE yielded the best information on future serious adverse cardiac events. The Frankfurt scientists consider these findings to be very important for the following reason. For the first time, the focus has shifted from the ‘damaged’ myocardium to the remaining or non-infarcted myocardium, as the vehicle of prognosis. Thus, direct measurement of actively damaging processes in non-infarcted myocardium as opposed to the completed and irreversible injury is gaining weight. This information is increasingly important, because with the good myocardial infarction therapies available, the patient group with little or no scarred myocardial tissue is ever growing. As such, the findings provide the basis for a novel complementary risk assessment using native T1 and LGE.

“Patients with suspected heart disease can already benefit from CMR, since many feel unwell, but not necessarily fit our traditional risk scores or report the ‘typical’ heart attack or angina symptoms that we somewhat doggedly expect from cardiac patients”, says Puntmann. In search of the cause of their afflictions, many of them will truly go on an Odyssey from hospital to hospital, receiving a number of echoes and other procedures, commonly fraught with radiation or invasiveness, without clarifying the cause of their symptoms. “Some have already visited five or six hospitals before they come to us”, reports Puntmann. “With CMR and now additionally with T1 mapping, we can comprehensively look for the cause of their discomforts. CMR has also a tremendous value in excluding any relevant disease, thus, providing reassurance. Patients often tell us that they feel like they are taken seriously and supported for the first time.”

Traditionally, CMR has suffered from being a complex and long examination; the Frankfurt group actively leads on implementing much shorter and more meaningful imaging protocols. A baseline scan (cardiac function, T1 mapping, myocardial perfusion and LGE) should not last longer than 30 minutes. Repetitive scans allowing to guide treatment can be often reduced to under 15 minutes, as they require T1 mapping and function only. As a non-invasive and radiation-free diagnostic method, CMR and T1 mapping is a straight-forward examination providing essential and accurate information – a core investigation of modern cardiology practice.

Just as valuable as troponin

Another reason why the advent of T1 mapping is invaluable for physicians is because it is quantifiable. “Physicians can read the results better: low values are not yet a cause for concern, whereas high values demand action. Just like with troponin, a blood biomarker, which is used in the diagnosis of myocardial infarction, we can also define critical threshold values for native T1”, explains Puntmann.

Alongside Frankfurt, the DZHK partner sites Bad Nauheim and Berlin, which were involved in the study, are currently offering T1 mapping. For the Frankfurt-based scientists, the next step is to equip further cardiovascular centres with their T1 mapping method and implement the method in clinical practice.