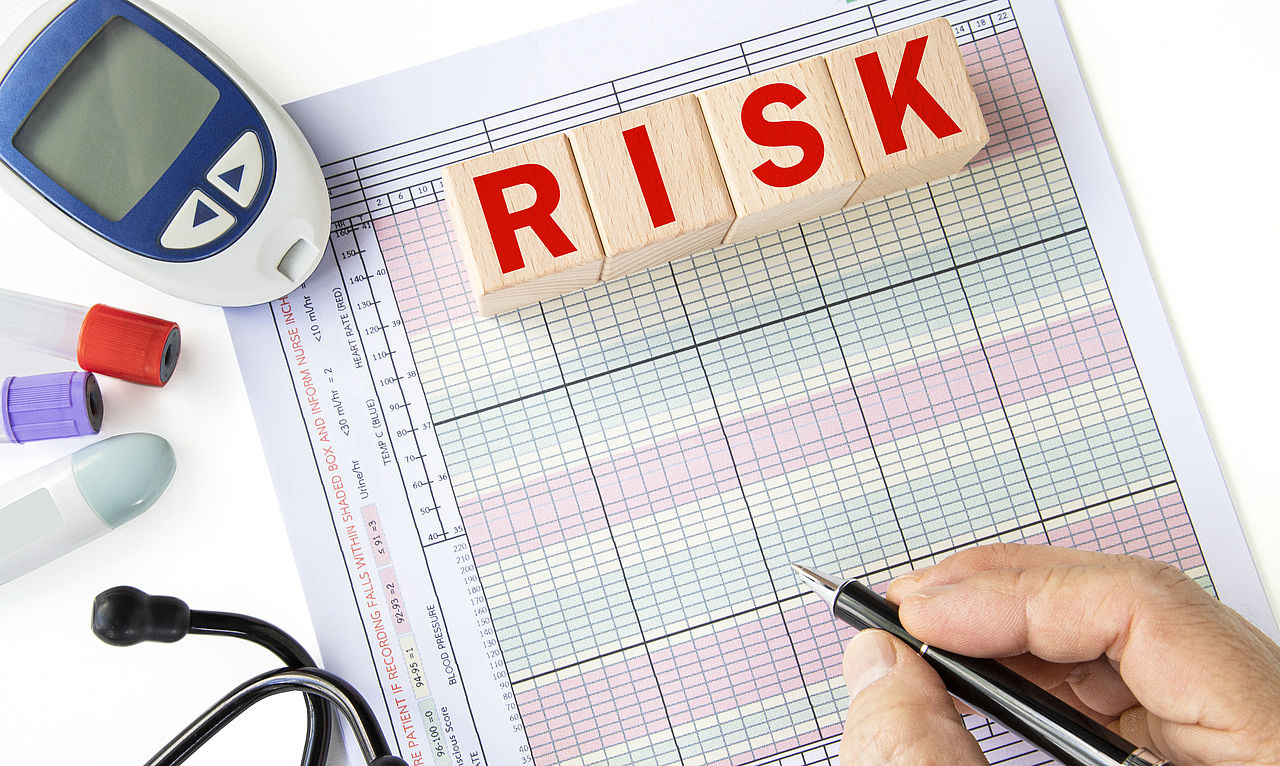 To a larger extent than previously considered in medicine, elevated levels of cholesterol increase the long-term risk of suffering a heart attack; in particular for young people. This has been proven by a study completed by researchers at the University Heart & Vascular Centre. The cardiologists working with Prof. Dr. Stefan Blankenberg, the Medical Director of the University Heart & Vascular Centre and Principal Investigator of the DZHK, have developed a model that can be used to calculate the cholesterol-dependent heart attack risk up to the age of 75. Today the medical journal The Lancet published their international study.

The study shows that the cholesterol which causes cardiovascular diseases is an excellent predictor of cardiovascular incidents such as heart attacks or strokes, even if they may only occur in the dec-ades to come. This cholesterol does not belong to the "good" HDL cholesterol and is measured in the blood as a non-HDL value.
The cardiologists' new risk model applied in long-term projection shows that even a slightly ele-vated non-HDL level between 3.7 and 4.8 millimoles per litre (3.7 to <4.8 mmol/litre approximately corresponds with 145 to <185 miligrammes per decilitre – 145-<185 mg/dl – which is the measure-ment customarily used in Germany) increases the heart attack risk for a 40-year-old woman by the factor of 1.8. The risk for a man of the same age is doubled compared to persons without increased levels of cholesterol. However, cholesterol at the same level together with other factors such as diabetes or smoking, means that suffering a heart attack or a stroke at some point can reach prob-ability levels of up to 29%. "The unfavourable effect of blood lipids on vessels seems to accumulate with increasing age, which means that even minor limit value transgressions can have negative ef-fects over the years; this applies in particular to younger people," said Dr. Fabian Brunner, who works at the Department of Cardiology and is one of the lead authors of the study.

So far, the risk of heart attacks for persons with elevated levels of blood lipids has only been calcu-lated for the subsequent ten years, which frequently did not show any increased risks, in particular where young people were concerned. On the basis of the completed study, it is now possible to approximately predict the lifetime risk.

With the newly developed risk model, the researchers have also calculated the hypothetical risk for
the same people with a non-HDL figure reduced by 30 or 50 percent. This significantly reduces the
risk of heart attacks. For a 40-year-old man with no additional risk factors, this means a decrease
from 19 to approximately 4 percent. Every day, uncountable patients and doctors face the decision
of implementing cholesterol-reducing measures such as statin medication. In such situations, the
model developed by the Hamburg cardiologist can assist in the decision-making process. "The risk
calculators used so far might underestimate the relevant lifetime risks for young patients. So far,
treatment studies on cholesterol reduction in primary prevention have merely given an indication
for some years although the application of preventive measures constitutes a lifelong challenge.
Our model closes a gap in knowledge and enables us to illustrate the individual long-term risk and
the potential long-term benefit of reducing cholesterol," said Dr. Christoph Waldeyer, who works
at the Department of Cardiology and is also one of the lead authors.

The data analyses that run for three years are based on a harmonised model that considers data
from the USA and Australia in addition to data from European countries. "This population-based
study, which is the most extensive to date, is special as it used raw data from databases worldwide
instead of previously published results," Prof. Dr. Stefan Blankenberg, the Medical Director of the
University Heart & Vascular Centre, emphasised. The data of some 400,000 participants in 38 prospective
population-based studies from 19 countries allowed to draw conclusions on the development
of cardiovascular diseases in relation to the cholesterol levels measured in the participants in
the studies over a period of up to 43 years. "This provides very good assistance in decision-making
on therapy when communicating with patients on the issue of preventing cardiovascular diseases,"
emphasised Blankenberg.