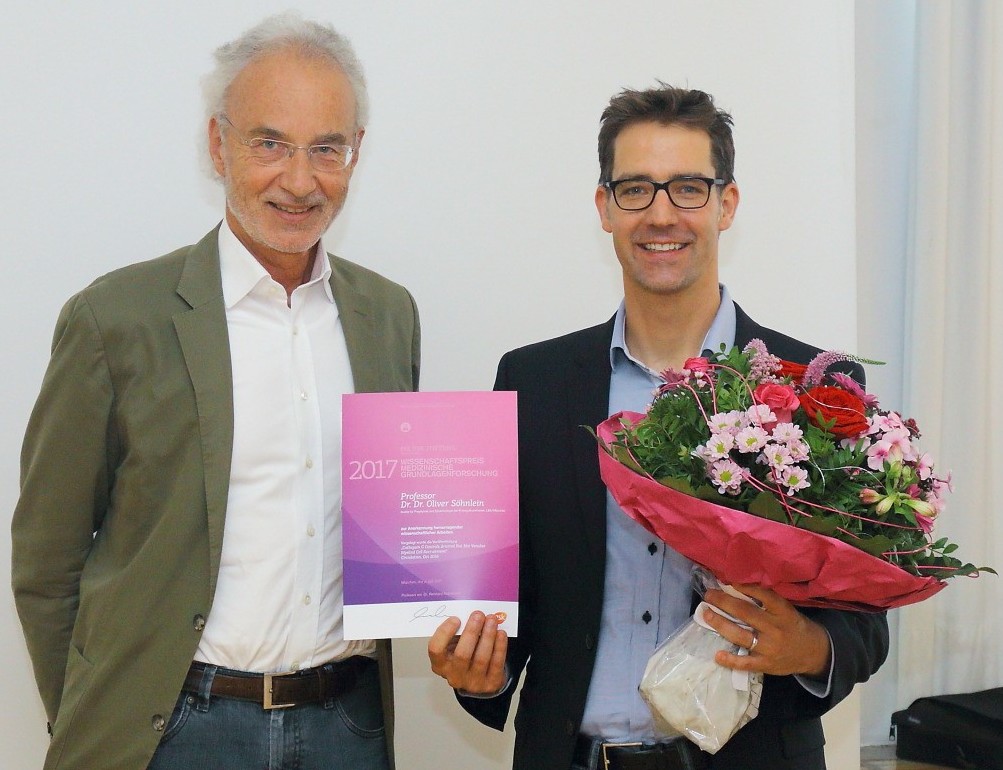 Oliver Soehnlein (on the right) receives the GSK prize from professor Dr. Reinhard Andreesen (on the left)

He received the Young Investigator Award for his translational research at the annual meeting in Genoa of the European Society of Clinical Investigation (ESCI). In addition to much-noticed publications this also caused patent applications. The ESCI prize ist an excellent honor which has aready been distinguished to Mihai Netea, Caetano Reis e Sousa, und Josef Penninger zu teil wurde.

In a second award ceremony Prof. Söhnlein has been honered with the prize of the Glaxo Smith Kline (GSK) foundation. The ceremony has been in the Künstlerhaus in the centre of Munich where also a lecuture of the Nobel Prize winner Prof. Jules Hoffmann has been held. Prof. Söhnlein has received the prize for his paper ‘Cathepsin G Controls Arterial But Not Venular Myeloid Cell Recruitment.’ (Circulation, 2016).