Heart failure is associated with loss of important gut bacteria

In the gut of patients with heart failure, important groups of bacteria are found less frequently and the gut flora is not as diverse as in healthy individuals. Data obtained by scientists of the German Centre for Cardiovascular Research (DZHK) provide valuable points of departure for understanding how gut colonisation is associated with the development and progress of heart failure.

It has long been known that heart failure and gut health are linked. The gut, thus, has a worse blood supply in instances of heart failure; the intestinal wall is thicker and more permeable, whereby bacteria and bacterial components may find their way into the blood. Moreover, scientists know that the composition of the gut bacteria is altered in other widespread diseases such as type 2 diabetes. Against this backdrop, researchers at the DZHK site Hamburg/Kiel/Lübeck investigated whether and how the gut flora in patients with heart failure changes.

In order to do this, they analysed the gut bacteria in stool samples of healthy individuals and patients with heart failure. The project headed by Professor Norbert Frey of the University Hospital Schleswig-Holstein, Campus Kiel, was conducted in close cooperation with Professor Andre Franke’s team at the Christian-Albrechts-Universität zu Kiel, which found that the sections of the bacterial genome deciphered the distinction of the microorganism. The results showed that a significantly lower proportion of different bacteria are found in the gut in patients with heart failure than in healthy controls. Individual important families of bacteria are significantly reduced. It is still unclear whether the gut flora is altered as a result of heart failure or whether it may be a trigger for this disease.

“Of course, other factors also affect the composition of our gut bacteria. We know that the gut flora of a vegan who starts eating meat changes within three days”, explains associate professor Dr. Mark Lüdde of the University Hospital Schleswig-Holstein, Campus Kiel. For this reason, we asked the Kiel-based researchers of dietary habits beforehand. Individuals with an extreme diet, such as a vegan diet, were not allowed to participate in their study. Instead, they chose individuals with a standard diet comprising both meat and vegetables for both groups.

In addition to diet, medication also affect the gut flora. It was, therefore, important that the control group also took medicinal products that patients with heart failure must take routinely. Antibiotics could not have been administered for at least three months prior. Smokers were also included in both groups. All participants were from the same region and were the same age; gender distribution and BMI were equal in both groups.

Consequence or cause of the disease?

The observed pattern of the reduced genera and families of bacteria seems very characteristic of heart failure, which is why these results may be new points of departure for therapies. The differences between healthy individuals and those with heart failure, thus, came about mainly through the loss of bacteria of the genera Blautia and Collinsella, as well as two previously unknown genera that belong to the families Erysipelotrichaceae and Ruminococcaceae. 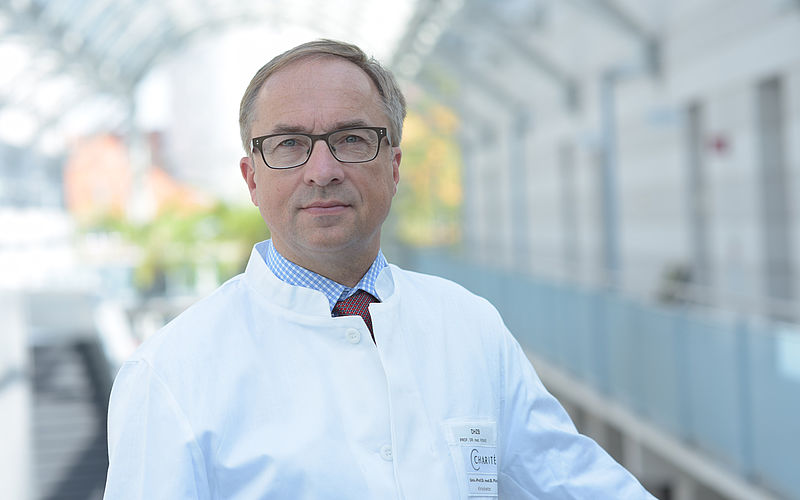 A new study from the German Centre for Cardiovascular Research (DZHK) is investigating whether a known drug could bring hope to the millions of people living with heart failure. There is currently no cure for some forms of heart failure and doctors can only treat the symptoms and...

Researchers of the German Centre for Cardiovascular Research (DZHK) have discovered that patients with heart failure who have anorexia are also more affected in their physical functional capacity and have worse prognosis. Factors that encourage anorexia are the intake of diuretic...

DZHK study on heart failure and iron deficiency kicks off

Iron deficiency is common in patients suffering from heart failure. A clinical study of the German Centre for Cardiovascular Research (DZHK), the FAIR-HF 2 study, is meant to assess whether treating iron deficiency can improve the patients' chances of survival and reduce the...