How the intestinal fungus Candida albicans shapes our immune system

Members of the Cluster of Excellence "Precision Medicine in Chronic Inflammation" (PMI) have decoded a mechanism, how specific intestinal microbiota exacerbate inflammatory diseases at other body sites, such as the lungs. The lung tissue used for the study comes from the DZHK-biomaterial collection of the German Heart Center Berlin.

The composition of the microorganisms living in and on our body ‐ the so‐called microbiome ‐ has an enormous influence on human health. So far, it has not been possible to use this influence therapeutically, as the underlying mechanisms are largely unknown. In the Cluster of Excellence "Precision Medicine in Chronic Inflammation" various research groups are working on deciphering these interactions between humans and the microbiome. A team from the Institute of Immunology and the Institute of Clinical Molecular Biology at Kiel University (CAU) and the University Medical Center Schleswig‐Holstein (UKSH) has now made a ground‐breaking discovery. "We have discovered a mechanism how certain microbiota exacerbate inflammatory reactions in the lungs," said study leader Professor Petra Bacher. "The results now published in the scientific journal Cell offer new opportunities to better identify such disease processes and to provide targeted treatment," adds Professor Alexander Scheffold, head of the Institute of Immunology.

Humans live in close symbiosis with their microbiome, the countless bacteria, fungi and viruses that colonise the body surfaces, the skin, the intestines and the lungs. This coexistence is finely balanced and offers many benefits, such as protection against infections or help with the utilisation of nutrients. A disturbed microbiome is associated with a wide variety of diseases. These include chronic inflammatory bowel diseases, allergies, metabolic diseases, autoimmune diseases, cancer or even depression. Thus the microbiome recently attracted much  attention,  considering  that  influencing  the  microbiome  could  treat  almost  all  major  diseases  in industrialized countries. In theory ‐ but specific approaches are still lacking. The enormous diversity of the microbiome masks the essential components and the definition of cause and effect, preventing specific therapies.

The interaction with the microbiome is mainly controlled by the immune system. Cells of the immune system recognise specific microbes, and ensure a healthy balance. The key question is: how and by which microbes are the various effects on body functions triggered? A team of scientists from the Charité ‐ Universitätsmedizin Berlin, the University Hospital Cologne, the RUB University Clinic in Bochum and the Leibniz Institute for Natural Product Research and Infection Biology and the University Jena, under the leadership of Petra Bacher and Alexander Scheffold from the CAU and the UKSH, has achieved a breakthrough.

"We have identified the typically harmless fungus, Candida albicans, which colonises the intestine, skin and mucous membranes, as a central modulator of our immune system," explains Alexander Scheffold. "Candida albicans stimulates the immune system to produce certain immune cells, so‐called Th17 cells. These enable a peaceful co‐existence with the fungus." For the study, the researchers developed a sensitive method to isolate the Th17 cells that target Candida albicans from the blood. Further analysis revealed that some of these Th17 cells also recognise other fungi, such as the mould fungus Aspergillus fumigatus. This phenomenon is known as cross‐reactivity.  Mould spores are inhaled daily with the breathing air, but are harmless for healthy people. On the other hand, moulds can colonize the lungs of people suffering from chronic lung diseases such as cystic fibrosis, chronic obstructive pulmonary disease or asthma. This is suspected of worsening the disease. "Surprisingly, we found that this group of patients has an increased population of cross‐reactive Th17 cells in the lungs, which correlated with disease exacerbation. The protective Th17 response in the intestine seems to increase the disease‐causing immune processes in the lungs," adds lead author Petra Bacher.
The researchers were thus able to show how a single member of the microbiome, Candida albicans, influences the specific immune reaction against a larger group of microbes at other body sites. Scheffold: "However, cross‐reactivity is probably a common immune mechanism by which the microbiome manipulates the immune system, with protective or harmful effects. The ability to measure such specific effects of individual microbes now enables to develop targeted treatments." 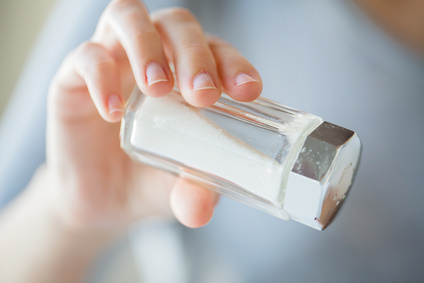 Common salt reduces the number of certain lactic acid bacteria in the gut of mice and humans according to a study published in Nature by Berlin’s Max Delbrück Center and Charité. This has an impact on immune cells which are partly responsible for autoimmune diseases and...

Too much salt in food can influence the immune system. In a study published recently in the Journal of Clinical Investigation*, the DZHK researchers Professor Dominik Müller and Prof. Norbert Hübner establish that increased salt consumption by rodents leads to delayed healing of...