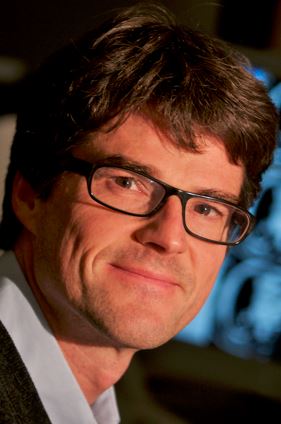 Prof. Eike Nagel, director of the Institute of Experimental and Translational Cardiovascular Imaging at the Goethe University Frankfurt presented the key findings of the MR-INFORM study today at the American College for Cardiology Scientific Sessions in Washington, DC, US as a late breaking clinical trial. The MR-INFORM study investigated the clinical effectiveness of non-invasive magnetic resonance perfusion measurements in comparison to invasive coronary angiography supported by pressure measurements in the coronary arteries (fractional flow reserve, FFR), in patients with stable angina. The main finding is that non-invasive magnetic resonance perfusion imaging can guide patient management as safely as the currently used invasive coronary angiography supported by FFR in a population at high risk for cardiovascular events.

MR-perfusion imaging is a non-invasive test based on magnetic resonance imaging, which measures the blood flow in the heart directly. It is fast, does not require ionizing radiation and has a favourable accuracy for the non-invasive diagnosis of prognostically relevant coronary artery disease. Invasive coronary angiography is the current standard of care and adding FFR measurements has shown to improve outcome.

The MR-INFORM investigators randomized 918 patients with effort induced chest pain into either invasive testing with angiography and FFR measurements or into magnetic resonance perfusion imaging. The subsequent management strategy was then guided by the result of the respective test. Patients were only revascularized if the first line test was positive. All patients were followed up for one year and any major event (death, myocardial infarction, re-revascularization of the index vessel) was recorded. In both groups patients did well with a very low event rate (3.9% in the angiography guided group and 3.33% in the MR perfusion guided group). Both tests performed identically, demonstrating that patients can be safely guided by magnetic resonance perfusion imaging as the first line technique.

“These important results will change how we approach patients with stable angina. Until now, most of these patients were sent to invasive angiography. Now, we can examine them with magnetic resonance imaging, a fast, non-invasive test, which does not require radiation. We know that we can trust the results and manage patients based on these findings”, Prof. Nagel states. “Another important finding, is that the total number of revascularizations was much smaller in the group assessed by magnetic resonance perfusion imaging. This will allow to shift resources from unnecessary invasive procedures to better diagnostic tools for the benefit of our patients”, he adds.

MR-INFORM is an investigator-initiated trial. It received funding from the National Institute of Health Research, UK via the Biomedical Research Centre at Guy’s and St. Thomas’ Hospital and Trust, the German Centre for Cardiovascular Research (DZHK) and an unrestricted research grant from Bayer AG, Germany, a producer of MR contrast agents.