How the zebrafish repairs a broken heart 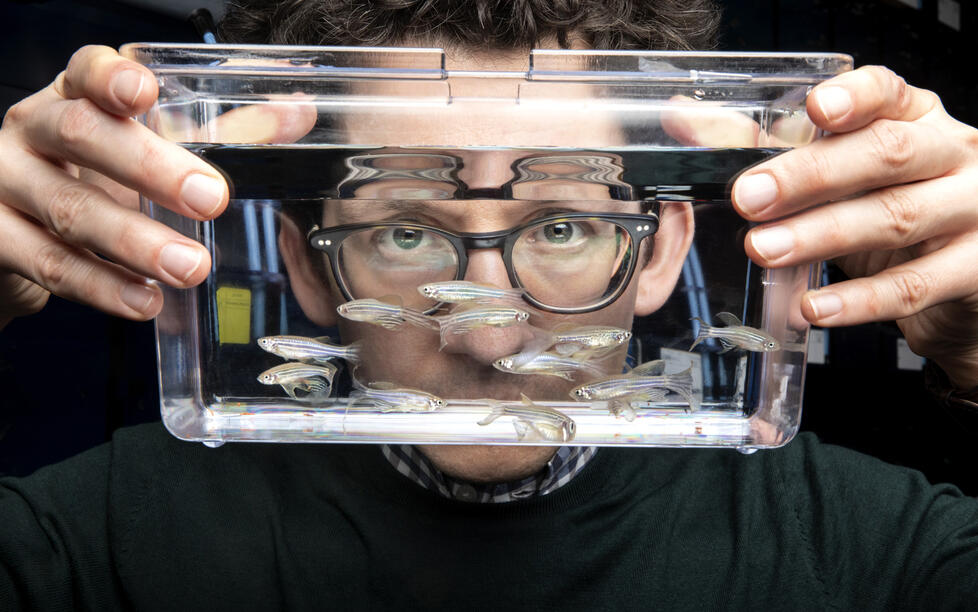 Fibroblasts, of all things, help zebrafish to regenerate injured heart tissue - in humans they form scarring that causes the heart to pump worse. | © Pablo Castagnola, MDC

Zebrafish can regenerate heart muscle tissue after injury. Connective tissue cells play an important role in the process by temporarily entering an activated cell state. This is reported by a research team led by the two DZHK scientists Jan Philipp Junker and Daniela Panáková from the Max Delbrück Center for Molecular Medicine in the Helmholtz Association in the journal "Nature Genetics".

When a person suffers a heart attack and doesn’t receive treatment quickly enough, heart muscle cells (cardiomyocytes) are damaged by a lack of oxygen and begin to die off. Scar tissue then forms, and because we can’t produce new cardiomyocytes, the heart can no longer pump as well as it should. Things are very different in lower vertebrates like the zebrafish, which can regenerate organs – including its heart.

“We wanted to find out how this little fish does that, and if we could learn from it,” says Professor Jan Philipp Junker, head of the Quantitative Developmental Biology Lab at the Berlin Institute for Medical Systems Biology (BIMSB), part of the Max Delbrück Center for Molecular Medicine in the Helmholtz Association (MDC) in Berlin. Working with Dr. Daniela Panáková, who leads the Electrochemical Signaling in Development and Disease Lab at the MDC, the researchers simulated myocardial infarction injuries in the hearts of their zebrafish. Using single-cell analyses and cell lineage trees, they tracked the regeneration of the cardiomyocytes. They have now published their observations in the journal “Nature Genetics”.

The researchers began by holding a cold needle to the zebrafish’s one-millimeter-sized heart for a few seconds under a microscope. The needle kills any tissue it touches. Just like in human heart-attack patients, this causes an inflammatory response, which is followed by scarring from connective tissue cells known as fibroblasts. “Surprisingly, the immediate response to the injury is very similar. But while the process in humans stops at that point, it carries on in the fish. They form new cardiomyocytes, which are capable of contracting,” says Junker.

“We wanted to identify the signals that come from other cells and help drive the regeneration,” he continues. Junker’s team used single-cell genomics to search the injured heart for cells that don’t exist in a healthy zebrafish heart. They found three new types of fibroblasts that temporarily enter an activated state. Although they are externally identical to the other fibroblasts, these activated cells can read a whole series of additional genes that are responsible for forming proteins – such as connective tissue factors like collagen 12.

Fibroblasts give the signal for regeneration

In humans, scarring (or fibrosis) is seen as an obstacle to regenerating the heart. But the fibroblasts appear to be important for the process as soon as they enter their temporarily activated state. Just how important they are became clear when Panáková used a genetic trick to switch off the collagen 12-expressing fibroblasts in the zebrafish. The result: no regeneration. Junker believes it makes sense that fibroblasts are responsible for giving the repair signals: “They form right at the site of injury, after all,” he says.

To identify the source of these activated fibroblasts, Junker’s team produced cell lineage trees using a technique called LINNAEUS, which his lab developed in 2018. LINNAEUS works with genetic scars that collectively act like a barcode for the origin of every cell. “We create this barcode using CRISPR-Cas9 genetic scissors. If, after injury, two cells have the same barcode sequence, it means they’re related,” explains Junker. The researchers identified two sources of temporarily activated fibroblasts: the outer layer of the heart (epicardium) and the inner layer (endocardium). Cells producing collagen 12 were found exclusively in the epicardium.

Multiple MDC researchers collaborated throughout study – from the experiments on the fish, to the genetic analyses, to the bioinformatic interpretation of the results. “For me, the most exciting thing was to see how well our disciplines complement each other and how we could verify results from bioinformatics on a living animal,” says Sara Lelek, who is a lead author of the study and was responsible for the animal tests. “It was a big project that allowed us all to contribute our expertise. I think that’s why the study is so comprehensive and so useful for many researchers.”

Dr. Bastiaan Spanjaard, also a lead author, agrees: “Because we had such different areas of expertise, we often had to explain our experiments and analyses to each other. Heart regeneration is a complex process that’s influenced by many different things. The experiments produced enormous quantities of data. Filtering the correct biological signals out of them was hugely challenging.”

It is still unclear whether damaged hearts in mammals like humans and mice lack the necessary signals or the ability to read the signals. If the signals are lacking, medication could eventually be developed to simulate them. But, says Junker, finding a way to mimic signal interpretation would be a great deal more difficult.

The researchers now want to look more closely at the genes that the temporarily activated fibroblasts read especially often. They know that many of the genes in question are important for releasing proteins into the surrounding area. And these might include factors that also influence cardiomyocytes. And initial evidence suggests that the activated fibroblasts don’t just promote the regeneration of the heart; they also help to form new blood vessels that supply the heart with oxygen. 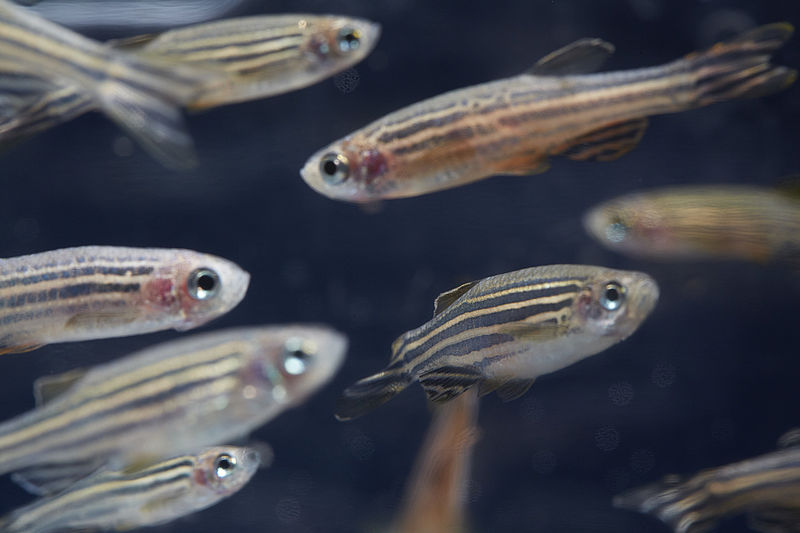 Cardiomyocytes fuse when the heart grows and regenerates

Cardiomyocytes fuse during cardiac development and regeneration. A scientist of the German Centre for Cardiovascular Research (DZHK) discovered these previously unknown processes with the aid of genetically modified zebrafish in which fused cells fluoresce.